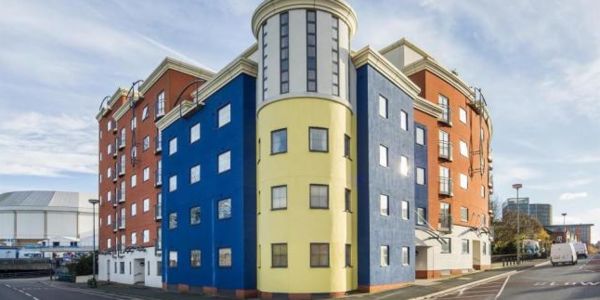 Objection to Proposed Order to introduce a bus lane on part of Sheepcote Street, Birmingham

We, the undersigned, as local residents of, and employees within the affected area, wish to object to the proposed Order under the provisions of the Road Traffic Regulation Act 1984, the effect of which to introduce a bus lane on part of Sheepcote Street, affecting also St Vincent Street and other surrounding roads.

Details surrounding the proposal can be found at:

Our main reasons for objecting are as follows:

- If traffic is diverted away from Sheepcote Street, passing instead down St Vincent Street, this will greatly increase the volume of traffic passing down Browning Street. Browning Street is a residential road, with cars parked at every opportunity, a handful of give way areas, and a significant bend, which cars tend to drive round at speed. Local residents have already been involved in a number of collisions (as well as near misses!) along this road, and increasing the volume of traffic utilising this road will only exacerbate this problem.

- After continuing along Browning Street, motorists are likely to utilise Ryland Street to access Sheepcote Street or Grosvenor Street West, towards the Five Ways Roundabout. This section of Ryland Street is also not suitable for two-way traffic at the best of times, with cars parked at every opportunity and additional give way areas. An increase of traffic in this area will highly likely result in an increase in motoring accidents.

- On concert days at Arena Birmingham, Sheepcote Street becomes completely jammed at present, due to the increased volume of traffic. This traffic will now be driving down smaller residential roads and jamming up these roads also, which will greatly impact all local residents in this area.

- Brindley Place will become a much less attractive area for individuals to commute to, due to the proposed driving restrictions. It will make it difficult for individuals who currently park at Brindley Place Q-Park, and under the buildings themselves, to access these areas by car. It will also impact the local Crescent Theatre, located on Sheepcote Street itself, which currently offers discounts for theatre goers at the Q-Park car park behind the venue. Theatre attendees are likely to be put off visiting this theatre if it is no longer easy to access.

- Whilst it is proposed to introduce a prohibition of right turn out of Grosvenor Street West onto Sheepcote Street, there is a mini roundabout further down the road, which is likely to be used instead by motorists to make a U-turn, thereby still accessing Broad Street in any case.

- Residents of Liberty Place and King Edwards Wharf, who utilise a car park just off the existing mini roundabout on Sheepcote Street, will no longer be able to access their properties by car from St Vincent Street direction, without utilising a number of 'backstreet' residents' roads

- Symphony Court residents will no longer be able to access their properties from St Vincent Street direction without utilising a number of 'backstreet' residents' roads.

- The Statement of Reasons gives only the formal reason of 'for facilitating the passage on the road or any other road of any class of traffic (including pedestrians)', and leaves significant details a miss as to why the Council believes this to be the only solution to discourage Sheepcote Street as a through route for traffic/improve bus journey reliability.

- Local residents were not warned in advance of these proposals, with only local businesses initially being made aware via the Westside BID through their good work within the area. Individuals present at face-to-face consultations with representatives for this proposal believed that local residents received flyers on their proposed changes, although this does not appear to be the case, at least for the majority of individuals which these changes will affect

We request that Birmingham City Council re-consider their proposal and find an alternate solution to their aims in this respect.