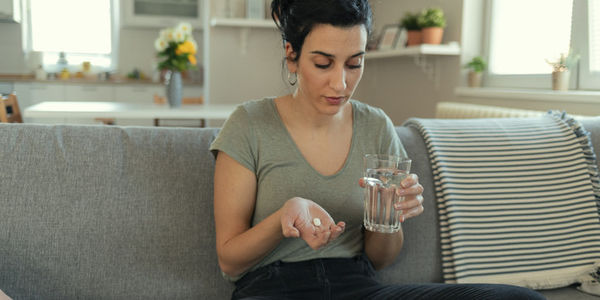 Biden's Executive Order on Abortion Is a First Step. It's Not Enough.

Care2 Update (8/3/2022): President Joe Biden just signed a new executive order that will further protect abortion rights, including by helping people who must travel to other states for reproductive healthcare. The order also directs the Department of Health and Human Services to "ensure health care providers comply with federal non-discrimination laws so that women receive medically necessary care without delay." These are incredibly encouraging steps, on top of other recent Biden administration actions. So far, however, the Department of Justice (DOJ) has still not explicitly stated whether or not it will interject itself in order to safeguard pregnant people's rights. We must continue signing and sharing until the DOJ promises to get involved!

The President said the order helps women travel out of state to receive abortions, ensures health care providers comply with federal law so women aren't delayed in getting care and advances research and data collection

In response to the Supreme Court's unprecedented ruling overturning Roe v. Wade earlier this summer, President Joe Biden is under pressure to take steps that would codify abortion rights in other ways. He recently signed an Executive Order which proclaims his administration's commitment to protecting abortion rights and reproductive justice. But experts are worried that it won't meaningfully improve lives or abortion access for poor women in red states.

It's time the Department of Justice step in and get involved in cases in order to keep abortion as accessible and equitable as possible.

Sign now to demand the Department of Justice help protect a person's right to a medication abortion, as well as protect our right to use Medicaid funds to cross state lines for vital healthcare!

While Joe Biden's efforts are a necessary first step, they are nowhere near enough. Tens of millions of people with uteruses in the United States are currently at risk of being unable to access the reproductive care they need. Activists and community organizers wanted the order to include an explicit commitment from the Justice Department that indicated it would get involved in lawsuits to safeguard reproductive health care. That includes cases like one in Missippi, where lawmakers have restricted not only in-person abortion procedures, but also medication abortions.

Mifepristone - the drug used to provide medication abortions - has FDA approval, and thus state restrictions cannot be override its legality. So why won't the Department of Justice step up and commit to action, since there is ample legal precedent to do so?

The Justice Department must ensure that individuals may use Medicaid resources to fund travel if they need to cross state lines to access care. And crucially, it must also defend a person's right to have an abortion through medication.

The Roe v. Wade decision was massively impactful, but if Democrats are strategic and work quickly, they can still protect abortion access across the country. That will require the Biden Administration - and more specifically, the Department of Justice - to take action to show that they are actually invested in this fight.

Sign the petition now to put pressure on the Department of Justice and tell it: get involved in lawsuits which threaten a person's right to a medicated abortion or their ability to used medicaid across state lines! Peoples' lives are at stake!
Sign Petition
SHAREShare With FriendsTWEETEMAILEMBED
Sign Petition
See more petitions:
You have JavaScript disabled. Without it, our site might not function properly.

Care2
Biden's Executive Order on Abortion Is a First Step. It's Not Enough.
SHARETWEET