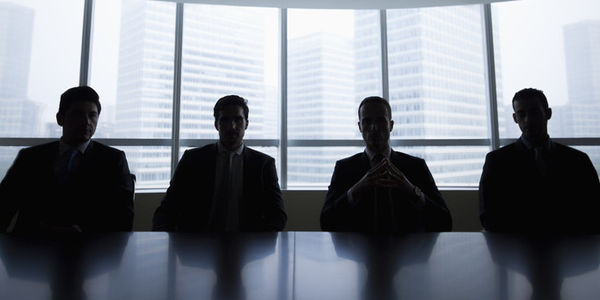 If it sounds like a lot of money, that's because it is. It's also the amount that France forced formerly enslaved people in Haiti to "pay back" to their former captors after they successfully revolted. For nearly 150 years, these formerly enslaved people and their descendants were extorted into compensating white people for "loss of property" — in other words, for their own lives and bodies. And if they refused? France threatened to destroy the entire island, stationing warships right off the coast.

This isn't just a history lesson. It's a reminder. The Black Lives Matter movement in the United States has rekindled an indispensable conversation about racism, white supremacy, and their brutal legacy — and unfortunately it's a legacy that white people have forced upon many other areas of the world.

And all over the world, dominant white-led governments are having a hard time heeding this lesson. In 2004, Haiti asked France to reimburse them for the $21 billion USD they'd pulled out of crucial government spending — money they'd paid for their own freedom. It took France 11 years to think it over. Once they got around to replying, they had a one-word answer: "Nope."

Sign the petition demanding that the French government finally do the right thing and pay Haiti back for the $21 billion they stole from former slaves!

Additionally, this isn't just a symbolic gesture. Haiti is now one of the poorest countries in the entire world, though before the French devastated its economy, it was so rich, it was known as the "Jewel of the Antilles." Today, 65% of people there live in poverty. Saddled with this external debt, the country's systems of healthcare, education, housing, and more became extremely underfunded and in disarray. The infant and maternal mortality rates are higher than anywhere else in the Western hemisphere.

Meanwhile, the GDP of France is currently around $2.8 trillion USD. That's trillion with a "T." In 2019, the country spent $53.3 billion USD on just their defense budget alone. It's no wonder "developed" nations are some of the richest in the world, when they've made that money literally off the backs of Black and Brown people all over the world. And upwards of $21 billion of that money came from coercing Haitians to purchase their own freedom.

But even if it weren't for the fact that Haiti desperately needs their own money back — and France does not — this is also just morally WRONG. France, as a country, aspires to represent the ideals of liberty, egalitarianism, and justice. But there is nothing admirable or just about what they've done. They've had hundreds of years to correct this offense, but they have not.

It's time for France to do the morally correct thing. France must pay back Haiti for the $21 billion they forced the island to pay them as "compensation" for their freedom from the horrors and bondage of slavery!
Sign Petition
SHAREShare this petition with friends!TWEETEMAILEMBED
Sign Petition
See more petitions:
You have JavaScript disabled. Without it, our site might not function properly.