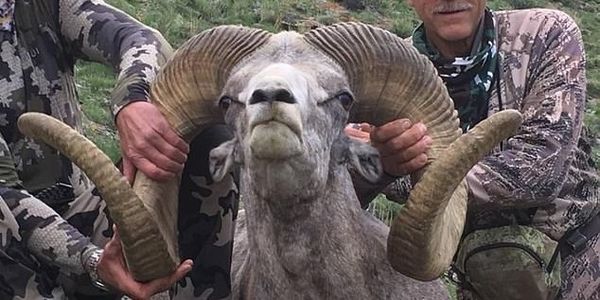 Walter Palmer murdered Cecil the lion, wounding the poor thing with an arrow and allowing him to suffer for 12 hours before authorities eventually found him and mercifully put him down. In doing this, he earned the title 'the most hated man on Earth.' He tried to step back from the public eye to save face and his business, a dentistry practice in Bloomington, Minnesota. But what he didn't do was stop killing animals. His most recent slaughter was that of a Mongolian argali, the largest sheep in the world that is not only treasured in its country, but dangerously close to extinction.

Sign the petition to demand that the U.S. Fish and Wildlife Service bar Palmer from bringing his gruesome trophy, the body of the poor sheep, into the United States!

In this case, the damage is done and the poor argali's life is lost. But by stopping this bloodthirsty hunter from being able to keep the spoils of his murder, the United States will send a strong message that Palmer's violence for sport will not be tolerated.

Palmer traveled almost 6,000 miles and paid more than 100,000 USD in order to play out his fantasy of killing. Once he got there, he used an arrow to bring down the huge, beautiful argali from only 30 yards away -- the same way he brought down poor Cecil. Afterwards, he posed with the animal's corpse and another hunter. Palmer and his hunting buddies knew how horrifying the murder was, and that the world would react in anguish and anger, which is why they tried to crop his face out of the shot.

According to friends, Palmer has a macabre list of his dream hunts, and this trip to Mongolia was one of them. Some kills that he has already crossed off his list are that of an elephant, a rhino, a leopard, and an illegally slaughtered black bear.

Walter Palmer does not regret his cruel actions, but he doesn't like the backlash he receives for them, which is why he tried to keep this argali murder out of the public eye. It is obviously not enough for the public to condemn his actions -- the U.S. government needs to tell Palmer, and all trophy hunters, that their disgusting pay-to-play killing is unacceptable.

Under Donald Trump, trophy hunters in the U.S. have only become more emboldened and enabled. After all, his own son, Donald Trump Jr., killed the exact same type of sheep in Mongolia just last year. This needs to end. Sign the petition and demand that the U.S. Fish and Wildlife Service deny Walter Palmer's request to import the corpse of a murdered argali, what he would call a trophy, into the country!

Photo from Facebook. Walter Palmer is on the left.