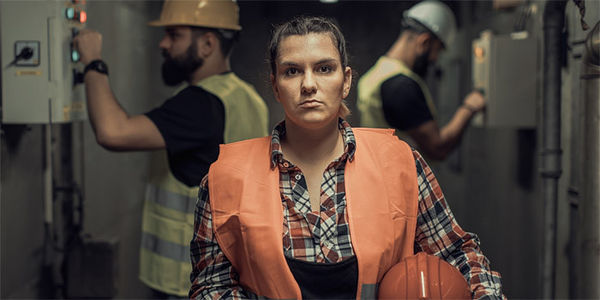 This Heartless Corporation Just Cancelled Its Workers' Health Coverage Because They Dared to Go on Strike. Sign the Petition to Stand With GM Workers, Now!

In case we forgot, corporations will always choose their thick pocketbooks over workers' rights.

It's a reflection on how poorly they've been treated since the 2008 recession. Back then, with the U.S. and global economies in free-fall, workers agreed to large concessions in pay and benefits in order to keep the company afloat. Now, 12 years later, GM is enjoying surging profits — but workers' contracts have hardly budged.

Like any typical greedy corporation, GM doesn't want its employees to share in its prosperity. It wants — and expects — them to keep accepting the smallest amount it offers and to keep quiet. GM executives just made that message even clearer. Two days into the workers' strike, GM cancelled health coverage for the tens of thousands of workers, effective immediately.

Once the strike is over, employees will actually have to completely re-enroll to receive their coverage again. Luckily their union, the United Auto Workers (UAW), was prepared for just such a nasty move of retaliation. UAW saved money to its strike fund, and will use that money to help pay for the costs of workers' health insurance in the meantime.

GM has also shown its lack of appreciation for its employees by temporarily laying off 4,500 workers from several plants in Canada as the U.S. strike was going on. Rather than valuing its employees or coming to its senses, the company is threatening to continue laying off more and more people. Clearly, they have no problem with becoming the obvious villain.

Workers everywhere deserve equitable contracts, better benefits, and jobs that provide livable wages! GM workers are no different. Sign the petition to show GM where your loyalties lay and to cheer on employees. Stand with striking workers as they fight for better lives and better jobs!
Sign Petition
SHAREShare this petition with friends!TWEETEMAILEMBED
Sign Petition
See more petitions:
You have JavaScript disabled. Without it, our site might not function properly.

Care2
This Heartless Corporation Just Cancelled Its Workers' Health Coverage Because They Dared to Go on Strike. Sign the Petition to Stand With GM Workers, Now!
SHARETWEET