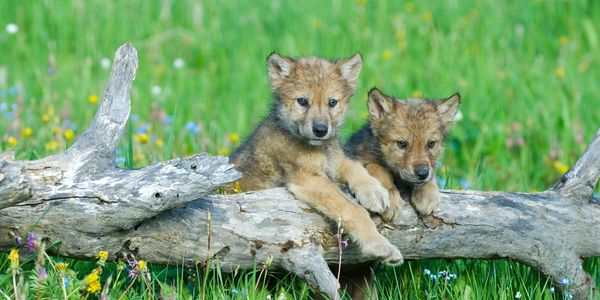 In October, 2020, disgraced ex-President Donald Trump imparted a farewell curse on the American wildlife and those who advocate for their protection -- he removed federal protections for gray wolves, delisting them from the Endangered Species Act and opening them up to gruesome, sweeping murder at the hands of overzealous hunters.

Nearly a year later, as hunting season in many states begins, the gray wolf populations across the country are in the fight for their lives. And without federal protections, they are losing.

Sign the petition and demand that the U.S. Fish and Wildlife Service (USFW) immediately relist gray wolves as endangered, affording them all the protections under the Endangered Species Act!

The news coming out of these states is horrifying. Two female wolf pups and a female yearling from Yellowstone's wolf pack were slaughtered. Wisconsin has approved a gray wolf kill quota of 300 innocent wolves, "more than double the quota of 130 determined by the Department of Natural Resources" which uses scientific data and analysis to make sure no more wolves are killed than a population can withstand. This number is so egregious, in fact, that six of the state's Native American tribes are suing Wisconsin. "Dogs, snares, and leg-hold traps," tortuous, traumatic methods, will be allowed again just like during last year's season, which saw a mass slaughter of wolves that violated "both the state and tribal quotas."

All of this horrific news is just the beginning, as wolf hunting season has been allowed to start even as the USFWS has issued a report admitting that these animals may actually still need federal protection. For them to be considering solid, overwhelming evidence that wolf populations cannot survive if they are hunted too aggressively while still allowing hunting season to begin is a bloody double standard -- one that could lose us wolves forever.

Tell the USFWS to stop dragging their feet, listen to the evidence, and stop the murder. Sign the petition if you want to see gray wolves relisted under the Endangered Species Act!