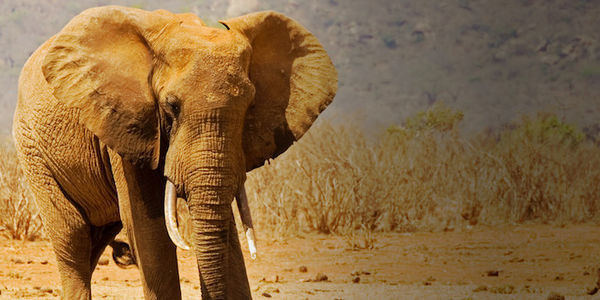 Africa is the key to solving the climate crisis.

Africa stands to suffer the most from climate change while having contributed the least to the climate catastrophe – but the continent offers some of the most important solutions to mitigating its effects and mapping a course for low-carbon development.

The unequal impact of the climate crisis has already arrived. In Madagascar, which produces around 0.01 percent of global carbon emissions, the worst drought in decades is producing what U.N. experts call the first "climate change famine."

From fires blazing across Kenya to flooding along the West African coastline, climate change is hitting Africa hard, threatening the wellbeing of both people and wildlife.

We've reached a monumental tipping point. But there are clear-cut solutions.

Countries must set out more ambitious goals for ending their contributions to climate change – including agreements that can mitigate the effects of climate change on Africa... and thereby the world.

In this critical decade and beyond, if African countries develop the same way developed nations already have, those nations' progress will be offset by Africa's emissions. Developed nations that never had to make these tradeoffs to develop sustainably owe Africa their support.

Africa's natural wealth presents a host of climate mitigation and adaptation solutions, including the strongest carbon-sinking rainforest on the planet, but these systems are at risk if leaders do not step up the level of ambition presented in Glasgow. Ecosystem services from protected areas provide water for cities, cycle nutrients needed for food production, and sequester carbon from the atmosphere. Climate change threatens these ecosystems – but if we invest in them, they are essential to mitigating the crisis.

By adding your name, you'll join AWF, millions of local communities, and fellow advocates worldwide to urge your leaders to invest in:

Care2
Africa is the key to solving the climate crisis.
SHARETWEET