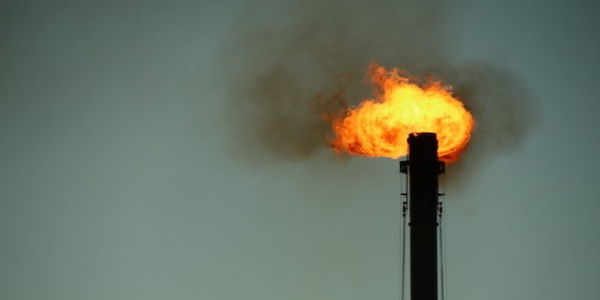 Methane is a greenhouse gas with more than 80 times the climate warming effect of carbon dioxide within the first 20 years in the atmosphere. That's why leading climate scientists have declared that sharply and quickly reducing methane emissions into the atmosphere is a critical first step in reversing the effects of climate change.

New Mexico is on its way to having among the strongest methane emissions rules in the country. Early last year, the Oil Conservation Commission approved stringent safeguards eliminating venting and flaring of natural gas (most of which is methane) from routine oil and gas operations. Sometime in the next couple of months, we expect a decision on the New Mexico Environment Department's ozone precursor rules addressing leaks from oil and gas production facilities.

Some oil and gas production in New Mexico is on federal land and New Mexico's rules would apply there as well, although not on sovereign tribal lands. While we in New Mexico will benefit from strong state methane rules, many other states lack the kind of robust rules regulating methane and methane precursors that we need to rapidly lower the concentration of methane in the atmosphere and begin to hold global warming in check.

The EPA published a draft of the rules that are being proposed, and now they want to hear from New Mexicans like you. This is a critical moment to comprehensively address air pollution from the oil and gas industry and address the climate crisis. The EPA is taking public comments on their draft rule now. Sign the petition outlining critical ways to make our federal rules as strong as possible by Friday, January 28th.

I am writing to you because I care about the fate of our planet's climate and our public health. I appreciate the Biden Administration's commitment to address methane emissions from the oil and gas sector, and support strengthening the Environmental Protection Agency's Standards of Performance for New, Reconstructed, and Modified Sourcesand Emissions Guidelines for Existing Sources for the Oil and Natural Gas Sector to reduce methane air pollution from new and existing sources of oil and gas development as much and as quickly as possible.

Rules to cut methane emissions are an important first step to stave off climate catastrophe. A June 2021 report from the Intergovernmental Panel on Climate Change (IPCC) underscores the urgent need for wift, protective action to reduce methane emissions. They identified methane pollution reduction from the oil and gas industry as a necessary step toward mitigating these harmful impacts and limiting warming to 1.5 degrees Celsius above pre-industrial temperatures.

Methane, the principal component of natural gas, is over 80 times more potent than carbon dioxide over a 20-year period. The best science shows that methane pollution from oil and gas facilities in the United States is far worse than current, self-reported estimates suggest. Recent studies found methane emissions levels to be 60% greater than currently estimated by the Environmental Protection Agency.

In addition to methane, smog-causing volatile organic compounds (VOCs) and toxic hazardous air pollutants (HAPs), including cancer-causing agents, are released in significant quantities throughout the oil and gas sector development process, through transmission to end use, even if that end use is overseas. Ozone smog from oil and gas industry pollution is associated with 1.1 million summertime asthma attacks in children, and more than 9 million people face a cancer risk that exceeds EPA's one-in-a-million threshold level of concern due to emissions from oil and gas facilities.

New Mexico is on its way to having among the strongest methane emissions rules in the country. Early last year, the Oil Conservation Commission approved stringent rules eliminating venting and flaring of natural gas (most of which is methane) from routine oil and gas operations. Sometime in the next couple of months, we expect a decision on the New Mexico Environment Department's ozone precursor rules controlling leaks from oil and gas production facilities.

However, much oil and gas production is on federal land, where New Mexico's rules do not apply. That is why getting the EPA to set stringent methane rules – like New Mexico's – is critically important. Utilizing the full power of the Clean Air Act will reduce harm to frontline communities living with oil and gas development and help curb further climate change.

We urge much-needed improvements to the current proposed rule in order to more fully protect human health and the environment from the destructive impacts of oil and gas development. Immediately deploying all feasible mitigation measures across sectors could cut methane pollution in half by 2030, slowing climate change and avoiding up to a quarter degree of warming by midcentury.

We urge the EPA to:


These important gaps on critical issues must be addressed to ensure public health is prioritized, frontline communities are protected, and oil and gas companies are held accountable. Where EPA has proposed protective standards, such as rules eliminating the use of intentionally polluting pneumatic controllers and requiring a transition to zero-emitting solutions, it is critical that the agency follow through and finalize strong rules.

Methane pollution from the oil and gas sector is accelerating the pace of climate change and harming the health of our families and communities – and it is a problem that is only getting worse. Oil and gas infrastructure is also next to or nearby some of our most treasured natural and cultural sites on public lands. There is no time to waste. We cannot miss out on this opportunity to create the strongest standards possible to limit pollution from the oil and gas industry.