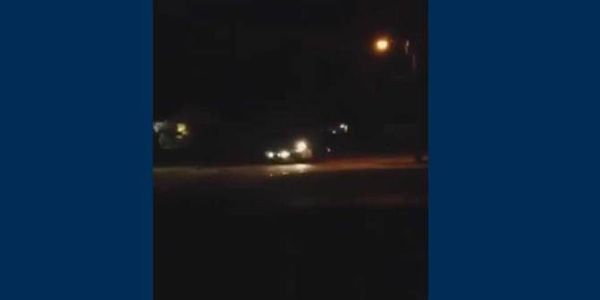 Justice for Merrick. Family Dog run over by Police and then shot.

Please sign and share to have this monster fired from the police force for killing dog on purpose.

TORONTO — The owner of a dog that was allegedly run over by Ontario Provincial Police officers multiple times and then shot in Collingwood, Ont. Monday says she is “disgusted.”

Karen Sutherland, the owner of the 21-year-old German Shepherd-cattle dog mix named Merrick, told Global News she is still recovering from the incident.

“I’m kind of in shock right now, I’m having a hard time dealing with not only that she’s gone but just the way she went — it’s makes me just feel really, really bad for her,” Sutherland said.

“She was awesome, she was my sidekick. Everyone knew where Karen went, Merrick went. She was a sweet dog, never bit anyone, no aggression, she loves all animals, loves all dogs. She’s never, ever been a problem at all.”

Footage of the incident, which happened in a residential neighbourhood, has since gone viral after a witness posted it on Facebook Monday.

“Look he’s hitting it again. Oh my God. He just ran the coyote over,” a woman is heard saying in the video. The animal was originally thought to be a coyote but OPP confirmed it was a dog on Wednesday.

Sarah Leggett, the woman who posted the video recorded by a neighbour, said the incident took place around 10:30 p.m. ET. on election night.

“Horrible! I couldn’t believe it,” she wrote on her Facebook page.

Sutherland said Merrick was in great shape physically, but was deaf and had declining eyesight. The dog had gone missing after a storm had uprooted a fence in Sutherland’s yard, which is how the dog escaped.

“So then I left the next morning and a friend of mine said that he had heard about a coyote getting hit by a car and then shot and I thought, ‘Oh my gosh, maybe that was Merrick.’ So I called them and was waiting for a response.

“But I thought maybe a cop accidentally hit her because it was rainy out and had to shoot her, I didn’t realize that the officer actually ran over her a couple of times on purpose so upon seeing that, (I was) just really upset about the way that she went like that — it’s just heartbreaking for me.”

Sutherland said police told her the officers were following proper protocol and that they will be speaking with her about the incident at a later time.

Global News has since learned through police sources that taking down an animal with the use of a vehicle is not considered proper police protocol.

“I’ve heard that he’s a dog owner as well and he feels really bad so I don’t know, I just think the whole thing is really, really crappy,” she said.

“The worst case scenario that you could really possibly have to have your dog go missing and then get run over by a police officer.”

Sutherland said she’s trying not to get too angry about the tragic death of her dog, adding that she would become overwhelmed with anger unless she tried to stay positive.

“I’m very upset about it, I’m just trying to be realistic and I’m not going to drag it out and ruin someone else’s life,” she said.

“I’m just disgusted and I just wish it didn’t happen because it kind of just, it’s just something that’s always going to be with me — the memory of that’s how my dog went after having her for that many years.”

Care2
Justice for Merrick. Family Dog run over by Police and then shot.
COMPARTIRTWEET