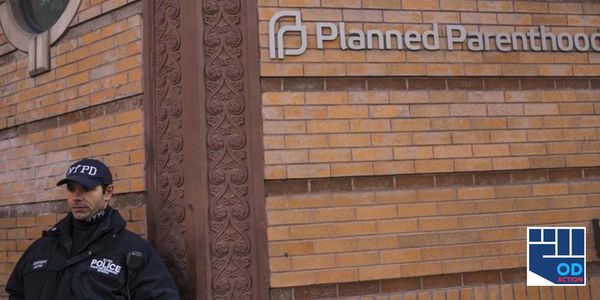 Call on Congress to ban police from using phone data to spy on pregnant people!

As if the all-but-certain overturning of Roe v. Wade and the revocation of a woman's right to make decisions for her own body weren't dystopian enough, we are now faced with the deeply disturbing prospect of people's own data being used to punish them for making their own reproductive choices.

If having an abortion becomes a felony in the majority of American states, law enforcement will suddenly become very interested in keeping track of who is pregnant. A Vice News investigation has already discovered a data broker, SafeGraph, selling information on people who have visited Planned Parenthood branches throughout the country.

Tell our lawmakers to protect the privacy of pregnant people and keep police out of their personal business!

Data harvesting on smartphone apps already makes deeply personal information all-too accessible. A Christian Substack newsletter called The Pillar recently used phone data to track and then publicly out a priest for being gay, without his consent, of course.

If states pass laws criminalizing traveling out of state to get medical care, women will find themselves returning home to face felony charges.

As if an unwanted pregnancy wasn't terrifying enough already, now women must live in fear that everything from their very physical whereabouts to their period cycles could be weaponized against them as tech companies buy and sell our data for huge profits.

Call on Congress to ban police from using phone data to spy on pregnant people!