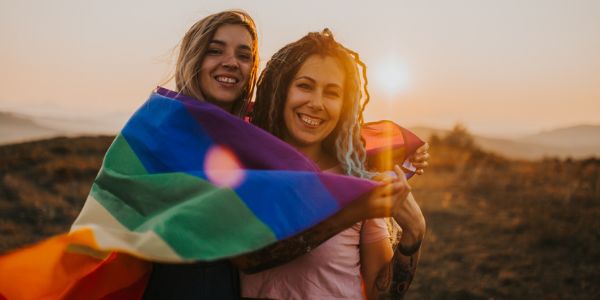 Hungary passed a law banning the representation of LGBTQ people in schools or on television!

Hungary just passed a law that makes illegal the sharing of any information pertaining to LGBTQ individuals with anyone under 18. The logic for the law, of course, is incoherent and homophobic. The hateful politicians who wrote it say that by simply acknowledging the existence of gay and trans people, children will be harmed. We actually know the opposite is true; when LGBTQ kids don't see representations of themselves, their mental health suffers. This is an attack on gay rights and as a member state of the EU, Hungary must face ramifications for this discrimination!

Sign the petition to tell the EU to cut funding to Hungary if they allow this law to go into effect.

The law bans anything that "promotes" homosexuality in schools or on TV created for people under 18 years old. If it goes into effect as planned, thousands of kids will grow up without representation in school or media. This is a misrepresentation of how the world is: full of people of varying sexualities and gender identities. Hiding reality from kids will only make them more likely to be intolerant adults. Not to mention, it will crush kids who actually are lesbian, gay, bisexual, transgender, or queer.

14 other member states of the EU, led by Belgium, spoke out against this anti-LGBTQ law, conveying their "deep concern." This is not the first time in recent memory Hungary has harmed their LGBTQ citizenry. In December 2020, they essentially made it illegal for gay couples to adopt children by redefining the concept of 'family.' If the EU lets Hungary get away with yet another hateful law meant to erase representation of LGBTQ individuals, Hungary will likely keep going down the path towards actual erasure.

Sign the petition to tell the EU to hold Hungary accountable for such hate!

Care2
Hungary passed a law banning the representation of LGBTQ people in schools or on television!
COMPARTIRTWEET