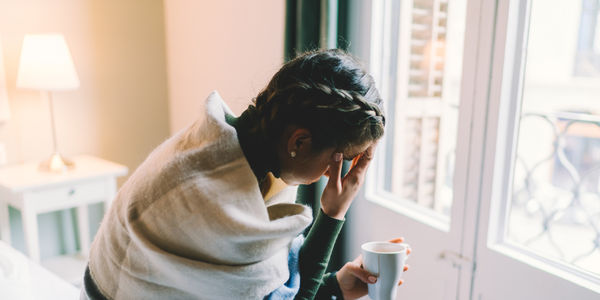 The anti-choice crowd has gotten louder and louder in the U.S. in recent years. It's a group of people who genuinely seem to believe a clump of cells is more important than a human person's life and autonomy. And unfortunately, they had a recent win in South Carolina where they passed a "heartbeat bill," which outlaws abortion after a heartbeat can be detected in an ultrasound. The problem is that that happens within about 6 weeks of a pregnancy, which is often before a person even knows they are pregnant. Effectively, the bill outlaws abortion.

These legislators know what they are doing. They pretend to care about life, even going so far as to call themselves "pro-life," but that's just good marketing, not the truth of their position. If they really wanted to decrease abortions rates, they would develop more robust sex education programs, make birth control free, and bolster social programs to help families with young children. All of those things have been proven to reduce abortions. Not only will these anti-choice politicians not do any of that, they will actively fight against all of it, proving again that their aim is not a decrease in abortion.

They care about fetuses as a prop to their political theater performances. They do not care about life.

The bill is so severe that if a physician provides an abortion after a fetal heartbeat can be detected, that physician could be charged with felony murder. They want to send doctors to jail for providing healthcare. They also know that most people will not know they are pregnant by this point, so the goal is clear: to outlaw abortion completely. But abortion is a constitutional right.

Of course, Planned Parenthood and another clinic are already battling the law in court. Luckily, they were able to get a 2 week stay on the bill turning into law. Now the bill will likely move up the court system, hopefully getting overturned. But we need to tell South Carolina legislators right now: we see what you're doing and you can't get away with it.

Sign the petition to tell South Carolina legislators to repeal this law. Maybe they can use the extra time on doing things that might actually help struggling people in their state.