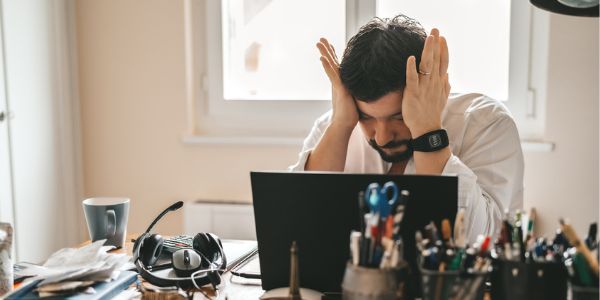 The 40 hour work week is outdated and ineffective; it's time for change!

There are some people who are lucky enough to love everything about their job, including how long they spend doing it every week. But for most of us, there are at least a few things that we would change if we could -- especially how many hours we spend working each week. As it turns out, though, many jobs that currently require a 40 hour work week don't actually need that many hours to produce the same output. Plus, working less is correlated with better mental and physical health.

Sign the petition to encourage American companies that could make a shorter week for their workforce to do so! It's for the benefit of everyone, company and employees alike.

Most of us work so that we can live, we don't live to work. We value our families and friends and our hobbies, and we do our jobs because we have to in order to survive. That's all good and well; everyone has to do things they don't like sometimes. However, multiple recent studies have shown that many workers, especially in office settings,  can get the same amount of work done (and in some cases more) during a 6-hour, 5 days a week schedule or a 8-hour, 4 days a week schedule. This is because focusing for 8 straight hours a day is not truly possible; much of that time is taking breaks or getting distracted. When the work day is shorter, people actually have an easier time focusing and are better at ignoring and minimizing distractions. Everyone wins!

So what's the point in making people physically be at their jobs when it isn't increasing productivity?

Well, to be totally honest, it's a relic. The 40-hour work week was put into place as part of the 1938 Fair Labor Act and it was modeled after a Ford Factory in the 1920s. But most of us don't do work that's similar to an auto factory in the 1920's. Additionally, the 40-hour work week was implemented when many homes could afford to live on one person's salary and the second person could do domestic labor, including child rearing. That's no longer true for the vast majority of households. Lastly, with the advent of the internet and automation of many jobs, there really just isn't justification for putting in this many hours for a lot of jobs.

What all this means is that there is a lot of wasted time at work where nothing productive is happening and the worker is kept from other parts of their life like the basic care tasks of cooking, cleaning, laundry, and perhaps childcare. They also lose out on time spent connecting with loved ones or enriching their lives with a hobby or interest. Why? Because we can be sticklers for keeping things the way they've always been without considering if there are better alternatives.. But it doesn't have to be this way.

Sign the petition if you think it's time for us to listen to science and make ourselves happier by limiting the work week to 32 hours rather than a 40-hour work week in jobs where it's possible.

Care2
The 40 hour work week is outdated and ineffective; it's time for change!
COMPARTIRTWEET