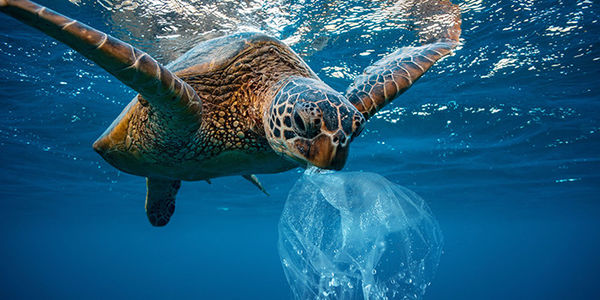 Tell the Canadian Government to end the plastic disaster

URGENT: The Canadian government is overdue on its commitment to ban harmful single-use plastics. We can't wait any longer.

In October of 2020, Canada committed to finalizing regulations that would ban harmful single-use plastics by the end of 2021, but that hasn't happened. And every day without meaningful action means upwards of 8,900 tonnes of Canada's plastic trash piling up in landfills, burning in incinerators, and polluting our oceans and environment.

Now, with a new government and a new Minister, we must come together to demand that our government cut this disastrous pollutant off at the source. We need an immediate and strong ban on harmful single-use plastics in Canada.

JOIN US AND TELL PRIME MINISTER JUSTIN TRUDEAU AND NEW MINISTER OF ENVIRONMENT AND CLIMATE CHANGE, STEVEN GUILBEAULT, TO PUT IN PLACE A STRONG BAN ON SINGLE-USE PLASTICS.

I support the federal government's commitment to ban harmful single-use plastics by the end of 2021. I am concerned about Canada's plastic consumption and the plastic disaster facing our oceans. I am also concerned that the ban hasn't yet been finalized in regulation.

• Items which are prevalent in the environment and litter our shores, such as hot/cold drink cups and lids;
• Items that have already been banned in other jurisdictions, like plastic-stemmed cotton swabs, plastic egg cartons and lightweight produce bags; and
• Plastics that are particularly harmful to the environment or human health, including oxo-degradable plastics, polyvinyl chloride (PVC) all forms of polystyrene (PS) and multi-material packaging.

There is broad public support for strong federal leadership to address Canada's plastic pollution crisis. A whopping 90 per cent of Canadians support the ban, and nearly two thirds think it needs to go further.

I am calling on you to ensure the single-use plastic ban gets Canada on track towards its goal of ending plastic pollution by 2030 and follows scientific advice to eliminate the most harmful and unnecessary single-use plastics. As Canada boasts the world's longest coastline, touching three oceans, we have a national and global responsibility, and an opportunity, to show leadership and to provide Canadians with what they want: plastic-free choices.