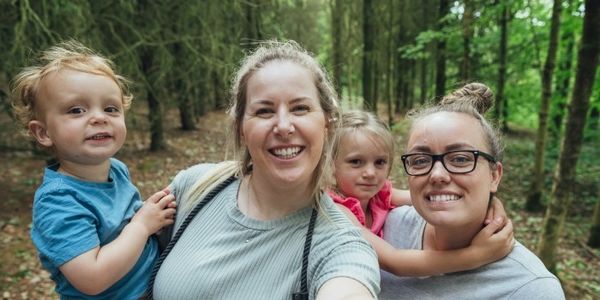 LGBTQ Discrimination is NOT Religious Freedom

The Trump administration may be gone, but a nationwide movement to use religious freedom as a license to attack LGBTQ rights is growing by the day.

2021 is already the worst year in recent history for LGBTQ rights. According to research, more anti-LGBTQ legislation has become law than in any year since 2015.

Many of these harmful anti-LGBTQ bills are being pushed by religious extremists and their lawmaker allies under the guise of protecting "religious freedom."

The truth is, these bills seek to turn religious freedom on its head, and misuse it as a license to discriminate. Some try to allow religious beliefs to justify denying health care to LGBTQ people, refusing to provide them goods and services, or disobeying laws protecting the LGBTQ community from discrimination. Some states have even passed bills that deny the very existence of trans people.

That's not religious freedom -- it's religious privilege. The goal is to force everyone else to live by the religious beliefs of an extreme, conservative minority.

This agenda is not only an attack on LGBTQ people, it's a direct attack on our Constitution's promise of church-state separation -- the fundamental American principle that protects freedom and equality for all.

And now the Supreme Court has given religious extremists another partial win. In Fulton v. Philadelphia, the court allowed a taxpayer-funded, faith-based foster care agency to continue denying LGBTQ families the chance to foster children. The case was decided on narrow grounds, but conservative justices signaled they want to overturn decades of precedent to broaden the grounds for religious discrimination.

Let's make it crystal clear that religious freedom is NOT a right to harm those who don't share your beliefs. Religious freedom is our fundamental right to be treated equally under the law, and to live and believe as we choose -- as long as we don't harm others.

Please join us in opposing all attempts to misuse religious freedom as a license to discriminate against the LGBTQ community and prevent the gradual chipping away of the separation of church and state.

Sign the petition: Anti-LGBTQ discrimination is NOT religious freedom!