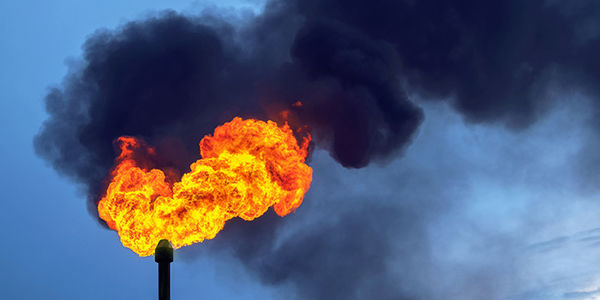 Tell The EPA: Protect Our Health & Our Climate!

The next step in that process? EPA wants to hear from YOU!

Methane is 86x more powerful a greenhouse gas than carbon dioxide. And the oil and gas industry methane and other air pollution is fueling the climate crisis, and threatening the health and safety of our communities. It's past time to do something about it.

EPA has the authority, and oil and gas companies have the tools and technology, to cut methane pollution 65% below 2012 levels by 2025. But of course industry has pushed them towards much weaker rules — which is why YOUR voice is important to counter their lobbyists.

There is no time to waste. Each year, the oil and gas industry releases 16 million metric tons of methane into the atmosphere, and without swift federal action, methane pollution from the industry will continue to skyrocket.

We need you to let EPA know that they must do more to protect communities living with the impacts of oil and gas NOW!
leer la carta de la petición ▾
Each year, the oil and gas industry releases 16 million metric tons of methane into the atmosphere. Methane is a greenhouse gas 86 times more potent than carbon dioxide and is responsible for a quarter of the warming that we are experiencing today. Reducing methane pollution from the oil and gas industry is the single fastest, most cost-effective way to slow the rate of warming today.

Furthermore, over 12.5 million Americans live close enough to oil and gas operations to threaten their health with toxic air pollution that oil and gas production emits alongside methane.

In order to protect public health, slow climate change, and secure the planet for future generations, the administration must strengthen its currently proposed rules so that they use all of its authority under Clean Air Act § 111(d) to cut methane pollution from oil and gas development by 65 percent by 2025. This includes:

1) Making sure ALL wells, regardless of their Potential to Emit (PTE), are subject to monthly Leak Detection and Repair or as frequently as possible.

There is no time to waste, EPA must take ambitious action and implement comprehensive, new and existing source rules to cut methane pollution from the oil and gas sector before it's too late.

Care2
Tell The EPA: Protect Our Health & Our Climate!
COMPARTIRTWEET