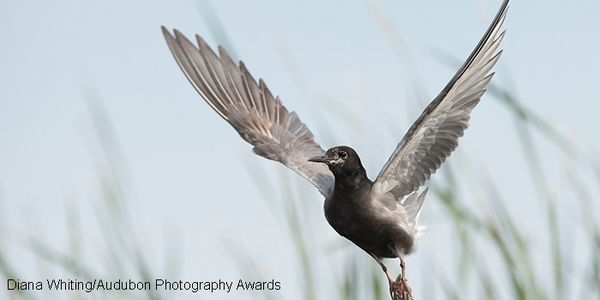 Help Save America's Birds & Other Wildlife

America's wildlife is in crisis—science tells us that we've lost 3 billion birds in less than a human lifetime and that two-thirds of North American bird species are at risk of extinction due to climate change. In September 2021, the U.S. Fish and Wildlife Service determined that 23 additional species, including 11 birds, are now extinct.

We need to ramp up support for the conservation of vulnerable species, like Golden-winged Warblers and Black Terns, so they don't face the same irreversible fate.

Please ask your Members of Congress to cosponsor the Recovering America's Wildlife Act to help thousands of wildlife species, including more than 800 bird species, BEFORE they become endangered.

By signing up, you are affirming your membership in the National Audubon Society Action Fund and your right to vote for a member of the Action Fund's Board of Directors. You will receive emails from Audubon organizations about our conservation work and how you can help birds; you may unsubscribe at any time.
leer la carta de la petición ▾
Dear Senator/Representative:

As a constituent who cares deeply about America's wildlife, I urge you to cosponsor the bipartisan Recovering America's Wildlife Act (H.R. 2773/S. 2372).

While many species have come back from the brink, such as the Bald Eagle, thousands of species of birds and other wildlife are in dire need of conservation. I was saddened to hear the news that 23 more species have been declared extinct, so I strongly support efforts to help wildlife species before they become endangered.

States and tribes play a vital role in conserving and recovering species by helping to stabilize and reverse population declines before they reach critical levels. Tribes, all fifty states, the District of Columbia, and Puerto Rico have identified species of greatest conservation need, but current funding levels are far from sufficient to meet their needs.

Introduced by Representatives Debbie Dingell and Jeff Fortenberry and Senators Martin Heinrich and Roy Blunt, the Recovering America's Wildlife Act would provide $1.3 billion from existing federal funds to states and tribes to support their proactive wildlife conservation efforts. A Blue Ribbon panel, with representatives from conservation and sportsmen groups, business leaders, and former elected officials, determined that this level of dedicated funding would be necessary to successfully implement State Wildlife Action Plans.

The Recovering America's Wildlife Act presents a lifeline for wildlife and would expand opportunities for all of us to enjoy these species and healthy lands and waters here in our state and across the nation. I hope you will cosponsor this important legislation.