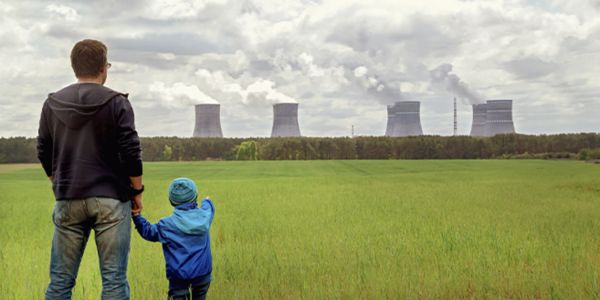 Three out of 8 Americans live in counties with unsafe ozone levels, according to the American Lung Association's 2022 State of the Air report. But it doesn't have to be this way.

EPA's proposed Cross State Air Pollution Rule, also known as the Good Neighbor Plan, will reduce harmful air pollution from power plants and other industrial facilities that drifts across state borders and harms residents of downwind states. This proposal will help clean up pollution that knows no borders by requiring that major polluters install and use pollution control devices.

Let EPA know that parents support the agency's plan to clean up highly polluting power plants and industrial sources to protect our children's health. And join us in urging EPA to strengthen its proposal by speeding up the compliance timeline to more quickly protect little lungs.

This public health safeguard will protect people who have to breathe harmful pollution from power plants and industrial facilities in upwind states. Smog and other air pollution can travel across state lines, and families in downwind states, particularly communities of color and low wealth communities, have suffered from dirty power plants and industrial facilities not utilizing available pollution control technologies or failing to operate them efficiently.

There are significant public health benefits that would result from this proposal. These measures would lead to 1,000 fewer deaths; 2,400 fewer hospital visits; 470,000 fewer missed school days, and 1.3 million fewer cases of asthma symptoms annually. This is good for our families and our communities.

However, I urge you to strengthen this proposal by requiring that sources comply more quickly. The proposal gives polluters more time than necessary to start to run their existing pollution controls or install new ones. Public health can't wait any longer for the benefits of this cleanup.

I support this much-needed proposal that will finally bring the ozone transport rule in line with current ozone standards. I urge you to strengthen this proposal by speeding up the compliance timeline to more quickly protect little lungs.