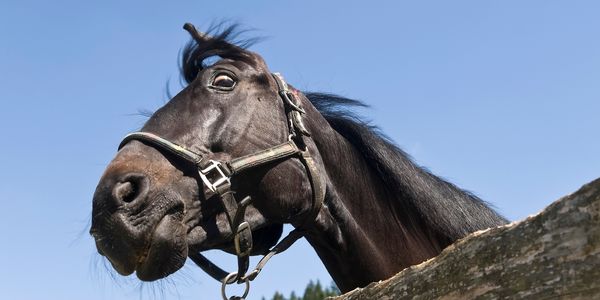 Someone is going around France mutilating horses, but authorities haven’t caught anyone yet!

Picturing a French countryside, almost only idyllic imagery comes to mind -- rolling hills, a village on the peak in the distance, a view of the English Channel, wide open pastures. Maybe even in those pastures are horses, peacefully grazing and swatting away flies with absentminded flicks of their long tails. But since the beginning of 2020, this picaresque scene has had a blight on it since numerous horses have been the victims of grizzly attacks perpetrated by humans.

Sign the petition asking the National Gendarmerie in France to investigate these assaults exhaustively so that no more horses fall prey to this torture!

Not a single horse has survived the vicious mutilations, and when you hear the details you'll see why. What these horses go through, no living creature should have to endure. The animals' ears are sliced from their heads. Some have had their eyes cruelly gouged out. At least one of the victims, a young filly, had her genitals carved away from her body.

One of the horses was electrocuted before the perpetrator maimed its body. Another, a racehorse found by his trainer, was forced to run terrified for its life before his heart gave out -- then they cut off one of his ears. In many of the cases, the horses were first struck with a large object, which may have just stunned them. That means that some of these horses were possibly alive when their bodies were so horribly violated. One police captain said it was obvious that the horses were tortured.

But that's about the only thing that is obvious in these cases -- there have been no arrests, and it's unclear if there are even any leads as to who could be doing this. Finding whoever has the capacity to commit such heinous acts needs to be a priority. The lives of many horses depend on it, not only in France but in neighboring countries like Belgium and Germany, where similar attacks have been reported, as well.

A person this cruel does not discriminate. If they are mutilating, torturing, and slaughtering horses in this way, history tells us that it is only a matter of time before their victims are human beings. The French authorities cannot let that happen.

Let's show our support for the innocent animals of France! Sign the petition and urge France's National Gendarmerie to put every effort towards finding whoever is responsible for this brutality.

Care2
Someone is going around France mutilating horses, but authorities haven’t caught anyone yet!
COMPARTIRTWEET