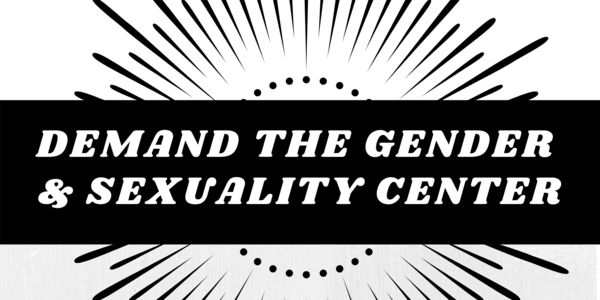 GOAL: To establish a Gender and Sexuality Center on CMU's campus with the mission to serve all students, staff, and faculty with comprehensive programs and resources aimed at providing a supportive, inclusive, equitable, and safe environment that empowers individuals to flourish.

Women and Lesbian, Gay, Bisexual, Transgender and Queer (LGBTQ+) individuals face discrimination, legal issues, isolation, and other environmental issues not only at Central Michigan University but in Isabella County, in Michigan, and throughout the nation. Existing resources for these groups tend to be under-resourced or are missing entirely from campus. The impact of these issues can be seen through a study conducted by the CMU Center for Applied Research and Rural Studies (CARRS) in 2015 on the climate for women and LGBTQ+ students on campus. Some findings include:

-More than 40% percent of female students reported having at least a few negative experiences because of "being a woman."

-Less than 25% of students know where the Office of Civil Rights and Institutional Equity is and less than 20% know how to contact CMU's Title IX Officer.

-One third of students have witnessed someone "harass or act in a negative way toward gay, lesbian people, bisexual or queer people", and one quarter have witnessed such behavior directed towards transgender people.

-More than half of students believe the environment for LGBTQ people is only "fair" or "poor" at CMU and in Mt. Pleasant, respectively.

PURPOSE: The Gender and Sexuality Center is established to:

Dismantle- The center would actively work to dismantle all forms of oppression on campus, including but not limited to discrimination on the basis of race, sexual orientation, gender, and class.

Advocate- The center would advocate for an environment free of violence and harassment on campus. It would align specialized space needs, staff expertise, and resources to anyone who needs them. It would develop innovative co-curricular programming currently missing, under-resourced, or under-utilized on campus.

Foster- The center would foster an anti-racist, non-sexists, and affirming space by providing programming, referral services, advocacy, and community building. The center would serve as a hub for Registered Student Organizations (RSOs) and the community that could adequately support the diverse needs of women and LGBTQ+ people on CMU's campus while integrating and strengthening existing services supporting LGBTQ+ constituents.

If you'd like to help support the creation of the GSC, Righteous Advocates for Gender Equity is a student coalition demanding the construction and support of a Gender and Sexuality Center at CMU.