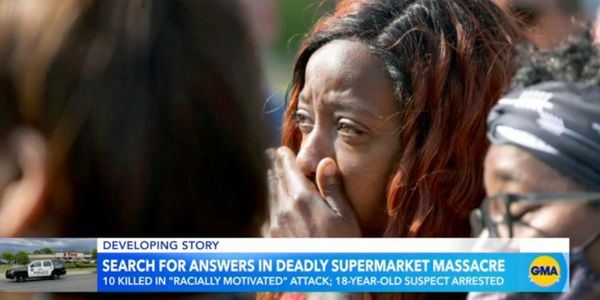 Justice for the 10 Victims That Died in the Buffalo Shooting, a Violent Attack by a White Supremacist

On Saturday, May 14, a gunman violently murdered 10 people, ranging from 32 to 86 years old, while they were shopping at a supermarket in a predominantly Black neighborhood in Buffalo, New York. Their lives were cut short, their families left behind, and their loved ones left reeling all because an 18-year-old white supremacist felt empowered to go on a racist killing spree "in the name of a repugnant white nationalist ideology," as the president put it.

The shooter avidly used online platforms such as Twitch and Discord to communicate and plan his assault. As a result, we know a great deal about why he did what he did, for how long he premeditated the murders, and how he went about committing such a heinous action.

Sign the petition to demand that these social media companies pledge to stop white supremacists from using their platforms!

The shooter posted his racist, violent intentions in advance, even publishing his list of pre-shooting "to-do" items on Discord. Because of this advance notice, his followers on the chat platform were ready and able to download the shocking footage as he streamed it live on Twitch – prompting the deluge of horrific video clips that appeared later on Facebook, Twitter, and TikTok. The shooter also re-posted another white supremacists's 180-page statement before his hateful attack. The document focused on a racist conspiracy theory called "replacement theory," which alleges that people of color supposedly have a plan to systematically replace white people.

The shooter has been arrested and authorities are already investigating the targeted shooting as the hate crime it clearly is. But how did the situation get to this point?

Censorship and assigning responsibility for hateful words posted on platforms like Twitch and Discord are understandably complex topics. The way we as a society, and our policy makers, choose to discuss and regulate them have rippling consequences and deserve the utmost discernment and care. While social media companies cannot be held directly culpable for every single thing that happens on their platforms, they do have a responsibility to conduct shrewd, vigorous community moderation in their spaces in order to prevent escalation and violence.

As an added layer, those working at Twitch and Discord have known they have an issue with users who spew racism, anti-Semistism, sexism, and other forms of hate on their platforms.

At this point, the internet has become synonymous with life itself. It's difficult to disentangle our professional, social, and private lives from the Internet, with so much of our days spent scrolling, clicking, liking, and posting. It's become one of the primary ways of disseminating information -- whether that information is legitimate news, or hateful rants and planned assaults. Because of this, social media sites clearly has very real bearing on what happens in the physical world. It is up to those in power to make this shared virtual space as safe as possible.

Sign the petition to urge Twitch and Discord to take this tragedy and let it spur swift, powerful action against white supremacists using their platforms to perpetuate hate and violence.

Care2
Justice for the 10 Victims That Died in the Buffalo Shooting, a Violent Attack by a White Supremacist
COMPARTIRTWEET