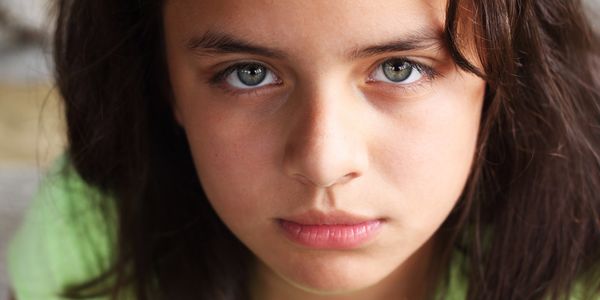 “Child bride tourism” is flourishing in this loose-lawed U.S. state

Those are the words of a county official in North Carolina, where the minimum age for marriage was just 12 years old as recently as 2001. That year, the age was raised...to 14. And now, in 2021, after years and years of struggle and haunting opposition, the minimum age for marriage has only just increased to 16. This slow movement is not only dangerous for the children of North Carolina -- it's attracting people from surrounding states in order to marry kids. Since other states have been actually strengthening anti-child marriage laws, this Carolina has become a hot destination spot for child bride seekers.

Sign the petition and demand that North Carolina raise their minimum age for marriage to 18. No exceptions. No more delays.

Child marriage, defined as a union between two people where at least one of them is under 18, is literally never beneficial to the child. Best case scenario, it's two 16-year-olds who can and should absolutely wait to make this huge decision later in their lives. Worst case scenario, and unfortunately the more common one, a young girl is yoked off to a much older man -- an automatic power imbalance that often leads to severe abuse and cutting short of her childhood in a terrifying way.

There is ample evidence that often, a marriage is arranged to cover up when someone has raped a child and perhaps impregnated her. In fact, North Carolina's minimum marriage age drops to 14 when the child in question is pregnant. The "reasoning" behind this is that marriage supposedly helps a pregnant child with financial and other forms of support. But research proves the exact opposite. Studies have shown that child brides have higher "rates of domestic violence, poverty, early pregnancy and the likelihood of negative physical and mental health outcomes." They are less likely to finish high school, college, and far more likely to eventually get a divorce.

These are the same studies that eventually led to North Carolina raising their minimum marriage age to 16, but that's still too low -- and the loophole that allows 14-year-olds to marry when they are pregnant makes no sense considering the state's law considers sex with anyone under 15 automatically statutory rape. That's because children have no ability to meaningfully understand and consent to these types of situations. In other words, marriage with anyone younger than 14 is itself in violation of these statutory rape laws.

The truth is, laws across the United States regarding child marriage are far too lax -- only 4 states completely outlaw it with no exceptions. But there is a movement happening to change this, led by survivors of child marriage and their allies. So long as North Carolina resists, it endangers its own children and those who are brought in from other places in order to be trapped into unbalanced, often abusive, doomed marriages.

Sign the petition and demand that North Carolina protect kids, both residents of its own state and elsewhere, by raising the minimum age for marriage to 18 with no exceptions!