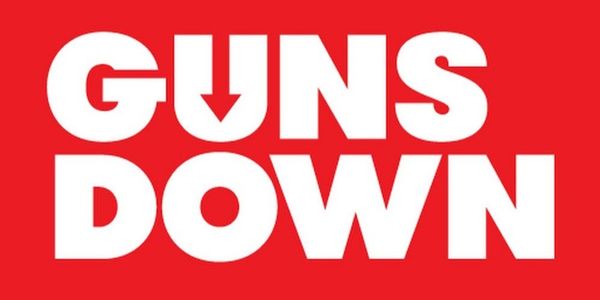 We need commonsense gun control now, including the following:

* Ban civilian ownership of weapons designed for warfare, including assault weapons.
* Close the gun show loophole.
* Limit high capacity ammunition magazines.
* Create certificates of ownership for firearms, similar to automobiles, which should be governed by similar regulations, including the need for training, testing, and insurance.

come together, in the wake of one of the deadliest mass shootings in modern U.S. history, and stand up to the NRA by calling for an end to senseless gun violence.

Enough. It's time to say that thoughts and prayers are no longer enough in the face of gun-related tragedies. We need meaningful action.

We must ban assault weapons and all weapons of war. We simply cannot fast track the use of silencers or allow public access to armor-piercing ammunition. Gun show loopholes must be stopped. Ammunition should not be sold online. Mandatory wait periods should be enforced, during which time a thorough background check, psychological and medical evaluation, and character references should be completed.

More accountability should be placed in the hands of retailers. When patrons refuse wait periods, authorities should be notified. Training and testing should be mandatory, as should a renewal process that includes many of the above-mentioned evaluation terms.

I would hope that we could all agree to submit ourselves to these terms. Currently, it's easier to go to a gun show and pick up a firearm than it is to go to the local pharmacy and buy cold medication. Acquiring and owning a gun should be at least as controlled as getting a license to drive a car.

Gun control alone is not the whole of the solution, but it's a start. And if it saves one sweet life, it's worth it.

In light of the recent incident in Connecticut and others involving firearms, I am struck with how little the issue of financial liability is mentioned in the owning, safeguarding and usage of this class of hazardous machines. Instead of the narrative of whether a citizen should have the 2nd Amendment right to own a firearm, and all the political and emotional dialog preventing solutions, I propose a new narrative.

Citizens in the US are free to engage in activities that can potentially harm another citizen but are required to be financially able to compensate persons harmed by the accidents they may cause by this activity. As an example consider that every vehicle owner in the US has to buy insurance for every vehicle they own. The premium rates are set by actuary personnel at insurance companies that evaluate the risks they find by our age, driving records, credit reports among other criteria, and set a premium that will match the risk associated by the history of other drivers with similar characteristics.

A driver with a lot of violations or accidents will pay very high premiums on all the vehicles that they own. If a driver purchases a particularly hazardous vehicle, like a muscle car or racing motorcycle they will pay high risk insurance on that particular vehicle, no matter what their driving experience has been.

Driving recklessly or owning a muscle car has the financial disincentive of paying high insurance premiums, because of the enhanced risk to other drivers.

Driving without insurance or financial responsibility is a crime.

Owning, safeguarding and operating firearms has at least the same magnitude of risk to the public as an automobile, maybe even more because the consequence of the operation of a machine called a firearm is intended to cause damage. The discharge of a bullet is only intended to punch a hole or break what the gun was aimed at; no one purchases a firearm to rake a lawn, paint the house. So the intent of the purchaser of a firearm is to possess an item that has one function, to cause a controlled damage, so with that right comes the responsibility to control that potential damage. Yet I am not aware of any financial disincentives to model ownership responsibility in relationship to the risks to the public by an individual's behaviour in gun ownership.

I propose the legislature consider the ownership of firearms in the same way as vehicle ownership.

All firearms (except those owned by the military and police) will have to be insured against the possible harm they can cause.

Example. A small caliber handgun purchased would be the lowest premium, crossing to the other end of the spectrum where a large caliber semi auto assault rifle would have a very high premium.

A citizen with a stable history in society would have the lowest premium and the highest premium would be a person with a history of mental instability or reckless behavior.

Mortality tables and police statistics could be combined to develop a historic pattern between first the type of firearm and second the potential buyers pattern of behaviour as a group to set a premium class.

The insurance would be pegged to dollars per life taken, according to insurance mortality tables and injuries on a lesser scale.

The federally mandated insurance would have to be in force for the life of the weapon, so if it were stolen or used by anyone else, the original owner would still have to carry insurance. Only the sale or destruction of the weapon would relieve that obligation. This is to promote the owner to secure the weapon in a gun safe, to slow gun thefts and non owner use.

A special increased premium would be charged to purchases of multiple firearms to be a disincentive to (straw) purchasers.