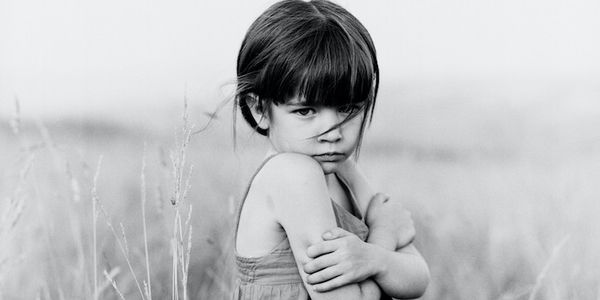 In 47 U.S. States, Parents Can Marry Off Their Children to Protect Abusers from Statutory Rape Investigations

We have a strange reason to celebrate in the U.S. right now. As of May 2020, three states in the U.S. have officially banned caregivers from marrying off their children. That's right. Three. This year, Pennsylvania joined Delaware and New Jersey by finally passing legislation to totally ban child marriage.

Previously, their laws contained a loophole that's common throughout the country: as long as parents or caregivers signed off on it, kids — including minors younger than 16 years old — could be handed off in marriage to adults who often go on to abuse them. As the nonprofit Unchained At Last states on their website, "state laws do not call for anyone to ask the children whether they are being pressured into marriage. Even when a girl sobs openly while her parents sign the application and force her into marriage, the clerk has no authority to intervene."

We are relieved that Pennsylvania is now on the right side of history and human rights, but we can't let the other 47 states sit idly by. Sign the petition to demand that every single U.S. state completely ban child marriage now!

According to Unchained At Last, approximately 248,000 children — including minors as young as 12 — were married off between 2000 and 2010 in the United States. Most of these children were little girls who became brides to adult men.

Even worse, once children are legally yoked to much-older men, laws against statutory rape no longer apply. In other words, these men are free to turn these marriages into actual sexual relationships. With children. In some cases, parents and community members have even forced elementary-aged children into these marriages to cover up rape cases and make sure investigations into child sexual abuse disappear. Because, in those cases, a child's psychological and physical safety were less important than appeasing a pedophile.

There's no possibility for consent in a relationship like that, and too often, no way for the child to understand what's going on. That's why marriages like this should not be allowed anywhere — including here in the United States.

How can legislation like this even be controversial? Every state that currently allows these unions is saying they are happy to hand off youth to be abused, exploited, and taken advantage of. Research consistently shows that children and teens who wind up in underage marriages are more likely to not finish their education, contract STIs, die via childbirth, experience poverty and financial hardship, and endure domestic violence.

The wellbeing of young children in our communities must always come first. To hell with protecting community elders' reputations, or religion, or hushing up scandals. No exceptions should allow adults to legally hand away their children's rights and future by locking them into underage marriages. Every single U.S. state must pass laws to ban child marriage, with no loopholes or exceptions, now. Sign the petition if you care about protecting children!
firma la petición
COMPARTIRcompartir con mis amigos de FacebookTWEETE-MAILINSERTAR
firma la petición
Ver más peticiones:
Has deshabilitado JavaScript. Sin este programa, puede que nuestro sitio no funcione debidamente.

Care2
In 47 U.S. States, Parents Can Marry Off Their Children to Protect Abusers from Statutory Rape Investigations
COMPARTIRTWEET