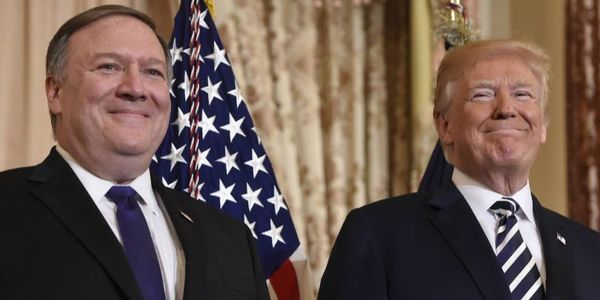 Demand the White House stop gaslighting America for its failed response — The buck stops with Trump!

If the brazen dishonesty and fraud weren't killing thousands by the day, it would almost be comical.

On the same weekend that first son-in-law/coronavirus response ace, Jared Kushner, called the federal coronavirus response "a great success story" — even as 65,000 Americans had died mostly preventable deaths — President Trump's Secretary of State Mike Pompeo went on ABC's This Week and one-upped him.

"Look, the best experts so far seem to think [COVID-19] was manmade," Pompeo told Martha Raddatz. "I have no reason to disbelieve that at this point."

Raddatz replied, "Your office says the scientific consensus was not manmade or genetically modified."

"That's right, I agree with that," Pompeo said just 16 seconds after saying the exact opposite.

Sixteen seconds. Even in a White House dominated by alternate facts, fictions, and fallacies, this is absurd. Yet, Trump's minions will continue to lie and gaslight us as long as they think they can get away with it — and Americans to die needlessly until they are forced to take responsibility.

Send a message that we aren't buying what they're selling! Demand the White House stop gaslighting America for its failed response — The buck stops with Trump!