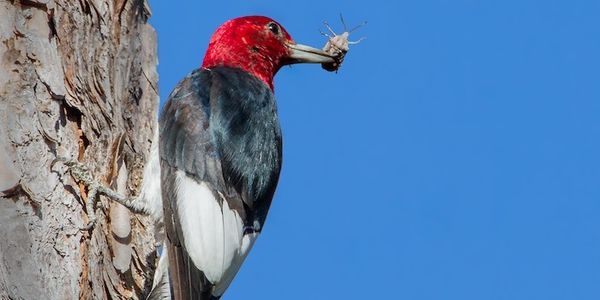 STOP THE ONTARIO GOVERNMENT FROM BY-PASSING THE ENDANGERED SPECIES ACT

The Ontario government is once again trying to undermine the Endangered Species Act in order to favour developers.

The government is proposing a regulation that will deny over 20 recently-added threatened or endangered species, including the Red-headed Woodpecker, protection during their "transition" phase. That means that any project or development that is already in motion would be free to destroy or harm these species or their habitats, such as the Bradford Bypass.

Allowing projects like the Bradford Bypass to carry on with no regard for these already-endangered plants and creatures could push them over the edge, and it would completely undermine the purpose of the Endangered Species Act—just to lift the so-called "burden" on developers.

Dear Minister Piccini and the Environmental Registry of Ontario,

Re: ERO number 019-4280 relating to upcoming changes to the Species at Risk in Ontario List

I strongly oppose your ministry's proposal to allow conditional exemptions for certain newly-listed species on the Species at Risk list, delaying protection for these endangered and threatened species.

The proposed exemptions effectively remove all protection from a long list of threatened species, all for the stated purpose of "reduc[ing] the burden" on businesses and individuals conducting activities listed in the regulation, undermining the goals of the Endangered Species Act (ESA) itself.

The primary impact of the amendment is to remove all requirement for any development or project that is already underway to act to protect or mitigate harm to any of the species listed below:


The threats to these species have been well documented, and there is no need to delay implementing the protection that they should receive under the ESA. The Committee on the Status of Species at Risk in Ontario (COSSARO) has thoroughly examined threats to the species and recommended their addition to the Species At Risk Ontario (SARO) list. This proposed regulatory amendment runs contrary to the species-focused yet flexible approach that has been the hallmark of the ESA. The means of addressing social and economic impacts are already built into the ESA's framework for implementation through regulatory exemptions, overall benefit permits and other authorizations for harmful activities.

I am concerned that delaying protections for these species for existing development projects will create a perverse incentive for developers to destroy or harm species or their habitats while their activities are allowed to go ahead unchanged, negatively impacting both the species and entire ecosystems. The delay would be inconsistent not only with the purpose and intent of the ESA, but also with your government's commitments to "conserve and restore natural ecosystems such as wetlands" (Made in Ontario Environment Plan, p. 47).

Please do not proceed with this proposal, and continue to enforce the Endangered Species Act in full and without exemptions in order to fully protect Ontario's at-risk species.