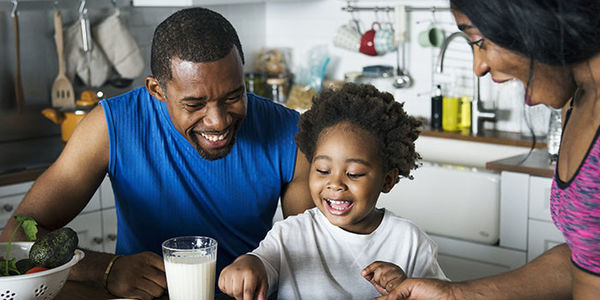 It's time for Michigan to increase the Earned Income Tax Credit

Join us in urging Michigan's governor to support working families!

The Earned Income Tax Credit (EITC) provides a vital income boost for low- and moderate-income households by helping them keep more of their hard-earned dollars. In 2011, Michigan's EITC was reduced by 70%, leaving many families struggling to afford food, rent, and other essentials. It is time for the legislature to prioritize working households by increasing the state credit.

The Michigan ALICE Report shows us that before the pandemic even hit Michigan, 1 in 3 households were not able to afford the cost of a basic monthly budget including food, housing, childcare, transportation, healthcare, taxes and technology. With the impact of the coronavirus and the economic challenges it brought, even more are struggling. As Michigan begins to recover, we need to make sure our families and local economies are at the forefront of that recovery.

Increasing the Earned Income Tax Credit would put hundreds of dollars into working families' wallets, giving them much needed flexibility in their budgets to afford childcare, food, utilities, and more. The EITC also provides a boost to our local economies, generating $1.50 to $2.00 in local economic activity for every $1.00 received.

Thank you for making the Earned Income Tax Credit a priority in your State of the State Address and your proposed budget. I am grateful that you are working to build a budget that supports our communities and helps our households recover from the economic downturn caused by the pandemic.

As you know, the Earned Income Tax Credit (EITC) is widely recognized as one of the most effective anti-poverty, pro-worker investments we make as a community. It allows those with low to moderate incomes to keep more of their hard-earned wages in order to pay for the basic cost of living. In fact, increasing the EITC is one of the Michigan Poverty Task Force's 35 recommendations to reduce poverty in Michigan, and I appreciate that you are taking steps to make those recommendations a reality.

When the legislature cut Michigan's state EITC by 70 percent in 2010, working families saw their tax bills rise by up to $300 - funds they sorely need to pay for essentials like food, childcare and utilities. These few hundred dollars went a long way for struggling families, keeping thousands of Michigan children out of poverty.

As we begin to recover from the economic impact of the pandemic, increasing the state EITC is one of the most readily available, efficient and effective ways to help these households regain lost income, move toward financial stability, and set them on the path toward economic prosperity. Additionally, an increased EITC will lift up the entire community by providing an immediate boost to small businesses and local economies as every dollar claimed through the EITC generates $1.50 to $2.00 in local economic activity.

It is encouraging to see bipartisan support for significantly increasing the EITC through both your proposal and in Senate Bill 417. Please continue to stand strong in support of working families, businesses, and communities by making a significant increase to the EITC a priority in the final budget.

Thank you for taking this issue into consideration and for your continued service to our state.