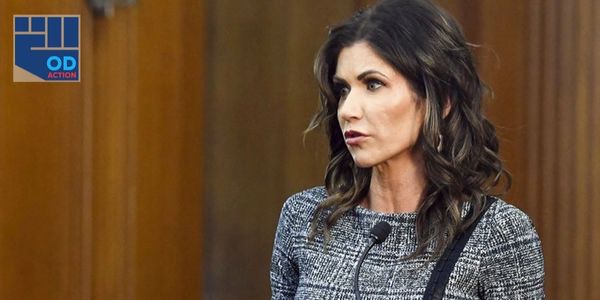 Call for South Dakota's Governor to resign after being caught in a corrupt real estate scandal!

Republican Governor of South Dakota Kristi Noem and her daughter have just been caught in a real estate scandal that involved a blatant abuse of Noem's public office. After Noem's daughter's state license to become a real estate appraiser was denied, Noem brought that state employee and their supervisor to her office (along with her daughter.) Then, four months later, suddenly her daughter's application was approved. The certification is not an easy feat, either, it requires extensive experience, education, and meeting a national standard.

It's a clear conflict of interest, and nepotism at its finest.

Add your name to call for Governor Noem's immediate resignation!

Public servants are elected to serve, not to manipulate the playing field in favor of their own personal gain. If Noem can't even be trusted in this aspect of the Governor's office, her constituents deserve someone better representing them.

GOP corruption at the state level is happening all over the country, and Kristi Noem is no different.

Sign now to demand Kristi Noem resign due to corruption!

Care2
Call for South Dakota's Governor to resign after being caught in a corrupt real estate scandal!
PARTAGERTWEET