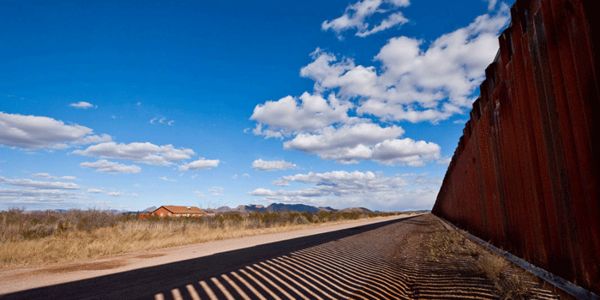 The 2,000-mile stretch of land between the U.S. and Mexico is home to millions of American families who live and thrive in peace. Yet this region is now under siege, as President Trump, not satisfied that Congress has already given him almost $3 billion for border barriers, has issued a national emergency declaration, circumventing our system of separation of powers in order to construct his senseless border wall.

Following a record 35-day government shutdown that turned the lives of federal workers into bargaining chips, Trump is resorting to even more extreme measures as he attempts to bypass Congress through a national emergency declaration that sets up a constitutional clash between the legislative and executive branches.

We cannot give in. We need your help to stop this attack on communities, public health, and the environment.

The border region is home to millions who oppose a border wall. It also contains one of the most diverse ecosystems in North America, with wildlife such as the endangered Mexican gray wolf, jaguar, bighorn sheep, and ocelot. Trump's border wall would devastate communities and wildlife alike. It would also:

The border wall is yet another gimmick used by the Trump administration to intimidate communities, particularly Latinx and immigrant ones, that are fighting for their civil rights, including their right to a healthy environment. It's a symbol of fear being justified by the fiction that our border communities must be militarized and somehow deserve fewer protections under the law.

A wall is a waste of money and a distraction from the very real issues border communities face. Our border communities need funding for schools, environmental cleanup, and wildlife protection, not a divisive wall. Tell Congress to fund communities and natural landscapes, not senseless walls.

RE: Stop the border wall. Oppose any legislation that fund it

I am writing to express my strong opposition to any efforts to pass legislation that would continue to fund the construction of a border wall. I also ask you to push Congress to challenge Trump's emergency declaration, which aims to circumvent the powers of Congress, allowing the president to redirect funds to the border wall and score political points.

Instead of focusing on funding an absurd and hateful wall that will do nothing for national security and would put our communities, wild lands, and wildlife at risk, Congress should stand up to the president by passing a resolution of disapproval and pursuing legal action to challenge Trump's usurpation of Congress's powers of appropriation.

Border cities are some of the safest in the country, and communities with more immigrants are likely to be safer than places with fewer immigrants. The wall, increased militarization of the border region, and the destruction of wildlife habitats benefit only special interests who seek to profit at the expense of border communities, which already have a poverty rate about twice as high as the national average.

I urge you to do everything you can to put the people of our country ahead of this presidential temper tantrum. Use every opportunity you can to speak out against this monstrosity. Pass a resolution of disapproval, block funding for the wall, and use your power to take legal action to restrain this lawless presidency.