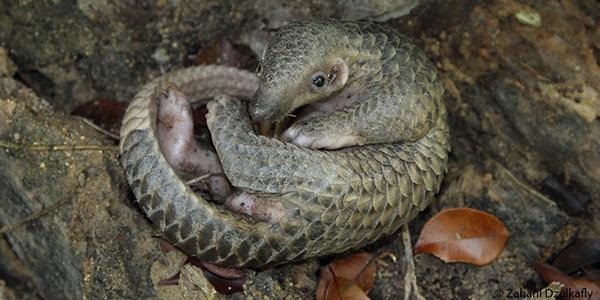 Pangolins are the most trafficked mammal in the world. Pledge to save them

Do you ever have days where you wish the world would just leave you alone? Well, that's all a pangolin needs to survive.

Since the age of the dinosaurs, they've been masters of keeping themselves to themselves - sleeping by day and spending their nights waddling around searching for ants. They're so good at avoiding confrontation that most of the world doesn't even know they exist.

But soon they may not.

Because they are now the most trafficked mammal on the planet. Potentially the largest ever shipment of scales - torn from tens of thousands of dead pangolins - has just been seized in transit from Nigeria to Vietnam. It is truly sickening.

Every single day hundreds upon hundreds are being ripped from the wild and slaughtered to be packaged, processed and distributed around the world. A huge criminal industry is making a dirty fortune from trading their scales as a mythical medicine.

If left to fend for themselves against such barbarity, the humble little pangolins don't stand a chance. So let's show the world they are not on their own.

Pledge now that you will support them. Pledge you will help fund their protection. Pledge you won't let them die without resistance.

Their populations are plummeting. Their only hope is people like you. Thank you.

Care2
Pangolins are the most trafficked mammal in the world. Pledge to save them
PARTAGERTWEET