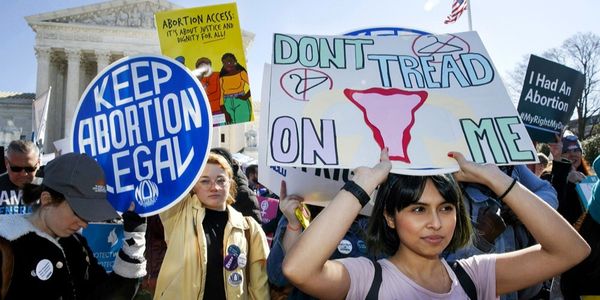 Texas Republican Governor Greg Abbott has signed into law a "heartbeat ban," blocking most abortions at the onset of a fetal heartbeat around 6 weeks. Which is way earlier than many women even know they are pregnant. And there are no exceptions for rape and incest.

This move came days after the Supreme Court decided to take on Mississippi's extremist abortion law, which bans the procedure at 15 weeks, and has been viewed as a hopeful challenge to Roe v. Wade. With a 6-3 right-wing supermajority, we may be looking at the end of women's right to choose as we have known for the past 50 years.

Add your name to demand Congress secures the right-to-choose protections of Roe v. Wade through legislation!

Support for Roe v. Wade is bipartisan, with 60-70% of Americans in favor. And more importantly, regardless of polling, no similar issue of men's health is subject to the whims of popular vote.

For any woman, having a child is a monumental event. It should be a choice to do so. Congress must act quickly.