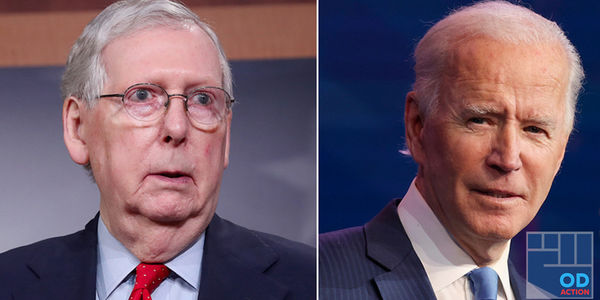 GOP senators are currently blocking all five of President Biden's Federal Reserve nominees, and the stalemate only promises to exacerbate rising inflation. Instead of confirming a highly qualified nominee in Sarah Bloom Raskin, Republicans have run for the hills and refused to even show up for a vote for any of Biden's five picks for the Fed.

White House press secretary Jen Psaki said "[Biden] agrees that Republicans are AWOL on the fight against inflation at this pivotal moment in our economy." She continued, "Everyone understands we need a full Federal Reserve board, the first one in nearly a decade, to tackle inflation and bring prices down for American families."

Republican senators blocking Raskin's nomination are failing in their obligations to their constituents. Mitch McConnell claimed the opposition was a message to Biden to pick nominees aligned with mainstream politics, but what "mainstream" means to today's GOP is anybody's guess.

Republicans must show up for the American people instead of just their wealthiest constituents. Prices are skyrocketing in a time where many are already suffering from ongoing economic uncertainty. Skipping hearings and refusing to show up for votes is an unconscionable dereliction of duty.

Sign your name to call for Republicans to approve ALL of President Biden's Federal Reserve nominees!