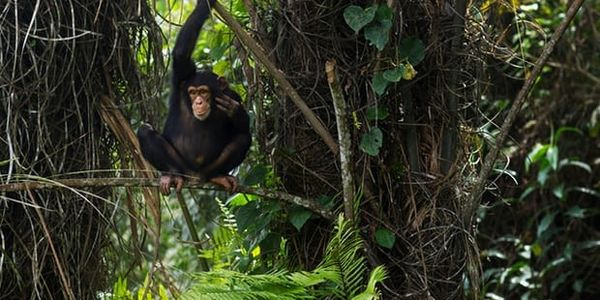 STOP the construction of a Chinese dam that will flood a primate sanctuary!

Last year the World Bank created a 6,426 s/km sanctuary for chimpanzees in Guinea that protected over 4,000 chimpanzees, and now China wants to build a dam inside the park that could flood it and kill thousands of the chimps.

The Guardian reports: "The nature reserve was intended as a "chimpanzee offset" and funded by two mining companies in return for permission to open mineral excavation sites inside other territory of the critically endangered primate.

After an 80% decline in the past 20 years, western chimpanzees are considered critically endangered – the highest level of risk – by the International Union for Conservation of Nature.

The planned Koukoutamba dam would flood an area twice that of San Francisco within the park, forcing the displacement of 8,700 people and causing irreparable damage to species that cannot easily be relocated.

The government [of Guinea] approved plans for China's Sinohydro to build the dam inside the park, which could wipe out up to 1,500 western chimpanzees. The World Bank funded the feasibility study for the dam and an environmental impact assessment that predicted only 200-300 chimpanzees were likely to be affected. But Kormos, who helped to conduct Guinea's first nationwide survey of western chimpanzee numbers, believes this underestimates the population and fails to account for the deadly territorial conflicts that would ensue if the primates are driven into surrounding areas."

Please sign this petition to demand the Government of Guinea stop the construction of this dam that will devastate chimp habitat.

Care2
STOP the construction of a Chinese dam that will flood a primate sanctuary!
PARTAGERTWEET