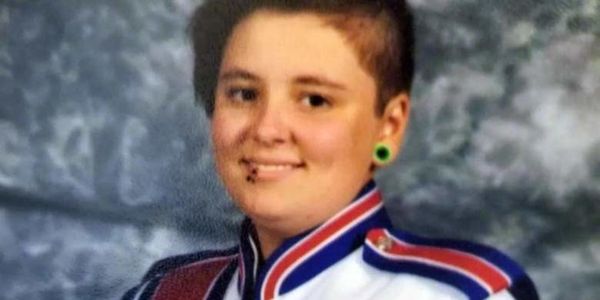 This School Official Bullied His Own Student for Being Trans

Urgent: The Harrison County Board of Education has decided to REHIRE Lee Livengood as Liberty High School Assistant Principal EVEN after the public outcry to his disgusting behavior towards a trans student. We need your help now to share this petition. Board of Education officials MUST know this is not ok! Help gt Mr. Livengood dismissed. Please share this petition with your friends today.


Last November 27th, Michael Critchfield, a 15-year-old sophomore in Clarksburg, West Virginia was doing something we all do at least once a day — using the restroom. He was preparing for an after-school marching band trip that was nearly an hour away and wanted to relieve himself before he got on the road.

But this everyday occurrence turned into something out of this world. When he stepped out of the stall, he saw his school's assistant principal Lee Livengood, standing in the doorway blocking his exit. Livengood quickly began to yell at him.

Why? Michael is a transgender boy, and Mr. Livengood was apparently incensed that the student had the nerve to use the boys' bathroom.

Then things went from bad to worse. Michael says Livengood then challenged him to use the urinal suggesting that if he was unable to use it, then he didn't belong in the boys' bathroom. At one point, exasperated the assistant principal told Michael that the student "freaked [him] out."

The bullying and abuse didn't end until the sophomore began crying and another trip chaperone stepped in to confront the assistant principal.

Sadly, even after complaining nothing happened until just this week, after the story went viral. But the punishment was a slap on the wrist. After public pressure, Harris County School Superintendent suspended Livengood with pay until the end of the week per further investigation.

But is there really anything that needs to be investigated? It's bad enough that Michael would ever have to deal with such disgusting treatment, it's worse that his bullier was an adult, and even more disappointing that he was an official at Michael's own school.

In the state with the highest number of teens who identify as transgender, and a country where LGBTQ students are two to three times more likely than their peers to be assaulted or threatened, this type of behavior should never be accepted. Clearly, Mr. Livengood has no business working with children.