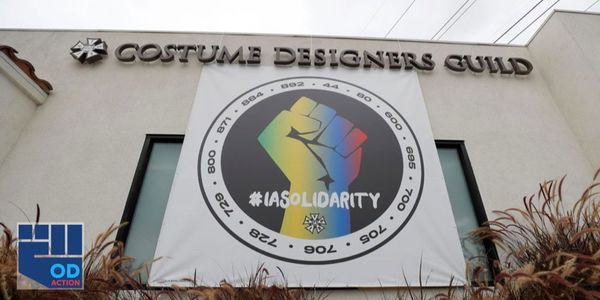 Support IATSE in their fight to negotiate better working conditions!

The International Alliance of Theatrical Stage Employees (IATSE) has been negotiating with the Alliance of Motion Picture and Television Producers, which represent big film and television companies, for fairer wages and better working conditions. After months of failed talks, IATSE members have authorized their president to institute an industry-wide strike, which would stall productions significantly. An overwhelming 98% of votes were in favor.

Add your name to demand Congress add their voices to the call for fair negotiations with IATSE!

120 Members of Congress signed a letter urging for fair contract negotiations from the studios, but we need all of our elected officials putting on the pressure to fight for workers' rights.

After years of crews fighting for their right to a fair and equitable workplace, this strike authorization is the chance for these workers to take full action as a united front. Unionization and strikes are the heartbeat of the American labor movement, and our leaders have a duty to support the workers of the world in the demands for better wages and better conditions.