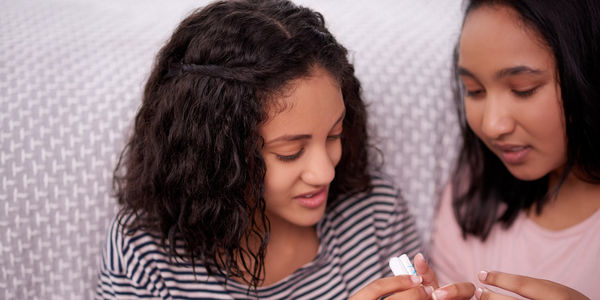 Human rights advocates around the world are celebrating Scotland's landmark decision to become the first country in the world to make period products free to anyone who needs them.

Tell the rest of the United Kingdom -- England and Wales -- to follow Scotland's lead and make period products free to all menstruating people in the UK!

Period poverty, or the lack of access to period products and education, is a dire issue in most countries, both developed and developing. And while steps have been taken in recent history to break the stigma and shame that is so often associated with menstruating, a policy like Scotland's works to eliminate the economic and accessibility inequality among people who bleed. We know that this type of equity wears away at stigma and shame over time.

In some countries, students who have their period are forced to stay home, or opt to stay home from embarrassment or fear of harassment. Menstruators with disabilities are far less likely to have access to suitable facilities. In many countries, such as the United States, period products like pads and tampons are taxed as "non-essential." Homeless people who bleed have no way to get sanitary products, or a facility in which to safely use them. Lack of access or education are often associated with various health issues as well as higher rates of unplanned pregnancies and domestic abuse.

At any given moment, 800 million people are menstruating. It is not only women who suffer due to lack of access to sanitary products: transgender, non-binary, and intersex people are also affected. Trans menstruation advocate Kenny Ethan Jones put it best: "Not all women menstruate, and not all people who menstruate are women." Gender has no bearing on whether or not one bleeds; all it takes it having a uterus. Transgender and non-binary folks bleed too. This issue affects every single human, either personally or by association. Scotland's move to make period products free to those who need them -- anyone who needs them -- is a clear leveling of the playing field that will only benefit everyone affected by this issue (hint: that's everyone in the world).

Breaking the stigma is the first step. We can work to do that on an individual basis, in our own relationships and circles. But we need world leaders and governments to adopt policies like Scotland's so that the systems keeping the stigma in place are broken. For the psychologically, physical, and economical well-being of people who bleed, period products must be free and accessible.

Sign the petition demanding that England and Wales join Scotland in making period products free for all who need them, making the entire UK a period-friendly nation!