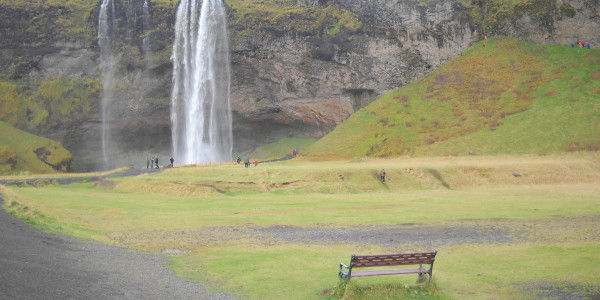 The American Psychological Association claims it is helping psychologists and patients by creating an official position regarding which treatments work for PTSD. The problem is that this guideline did not take into account the evidence for intensive "talk therapy" and for other treatments that have helped countless thousands of traumatized people get back on their feet and change their lives. In fact, it's likely that this guideline will restrict those forms of therapy by giving insurers, clinics and policy makers a justification for denying coverage for all but the mostly short-term, structured and symptom-focused treatments they advocate. Help us preserve patients' right to choose from among the many forms of effective treatment for PTSD! Please sign the petition to the APA's Council of Representatives included below, and if you're a member of APA or any of its affiliates, or if you're a mental health professional in any discipline, please note that in the comments section!

The American Psychological Association (APA) recently issued a guideline for the treatment of Post-Traumatic Stress Disorder (PTSD) that, we believe, can be reasonably expected to restrict treatment for patients, undermine the judgment of clinicians, and place the interests of insurance companies over the welfare of those who suffer from the sequelae of trauma. Further, we assert that this guideline was arrived at via an inherently faulty process that did not consider the range of available studies on treatment outcomes, ignored the testimony of a significant number of researchers and clinicians who can legitimately claim expertise in PTSD study and treatment, and aimed to promote one-size-fits-all therapy protocols over the specific needs of individuals. We hope to bring our concerns to the attention of both the APA Council responsible for approving the guideline and those state affiliate organizations and divisions of APA that are represented in that group. We contend that there are multiple concerning factors that warrant urgent consideration and resolution:

• Due to the exclusive reliance on RCT outcomes in formulating the guideline, other legitimate research findings crucially and commonly supporting additional forms of PTSD treatment were not considered in the assignment of "strong" recommendations.

• The studies upon which the guideline is based included only a subset of patients--those without comorbidities-- and therefore the findings of these studies may or, more likely, may not apply to most patients seeking PTSD treatment. Although some co-morbidities have been studied, many have not, especially within the limited scope of research considered.

• The APA is recommending specific treatments for those patients anyway, despite the lack of data to support such generalization, in contrast to the procedures for the ethical management and communication of research findings that are considered standard practice.

• The APA is also recommending specific treatments for so-called complex patients, such as those with psychosis, homelessness, incarceration histories, cognitive impairment, etc., who have consistently been excluded from PTSD trials, despite the lack of a scientific basis for these recommendations.

• The studies considered were unable adequately to evaluate harms and burdens associated with the recommended treatments, which may carry significant unknown risks to consumers, particularly consumers with comorbid conditions and others excluded from the populations studied in formulating the guideline.

• The guideline endorses types of treatment from which there is an unusually high attrition rate without endorsing alternatives for those who were not served by the treatments the guideline supports. Attrition rates were also not meaningfully factored into the strength of the recommendations.

• It can be reasonably expected that the dissemination of this guideline may be used to place restrictions upon psychologists' scope of practice and insurance reimbursements to patients and practitioners. Such restrictions may result in harm to patients by limiting their awareness of or access to forms of treatment that are shown to be at least as beneficial as the forms of treatment promoted in their guideline. (Blue Cross Blue Shield of Illinois has already adopted this guideline, no doubt the first among many insurers.) Practically speaking, the promotion of the guideline will likely impede patients' informed choice as to the sorts of treatments they undergo.

• The APA's vote on the guideline was based upon the provision that a professional practice guideline would be issued along with the treatment guideline in order to give indications as to how the guideline might be applied in real-world situations; it was not.

• The APA's rationale for not considering other forms of supportive data – the need to adopt the Institute of Medicine's (IoM) standards for evidence based treatment -- is disingenuous; the only other professional organization in the country that has issued treatment guidelines, the American Psychiatric Association, has used the IoM standards successfully to formulate less restrictive guidelines without the consequences APA claimed its method was necessary to avoid. The result is that psychiatrists are not restricted from providing other multiple forms of treatment in the way psychologists are.

• The process through which the guideline was developed stands in contrast to the standards for ethical research procedures for which the APA has been a consistent advocate in other contexts, and the content of the guideline violates the APA's own concurrently-issued guideline for providing multi-culturally sensitive forms of therapy.

On the basis of these and many other concerns, we request that State and Division APA organizations advocate for, and that the APA Counsil of Representatives implement, the following remedies:

• Create a CoR Task Force to review and make recommendations to Council regarding the APA's general policy regarding the formulation of healthcare practice guidelines. Ensure a task force composition that sufficiently includes diverse theoretical and practice orientations, precludes conflicts of interest, and assures consistency with other guidelines and standards of practice, for example those that appear in the APA's multicultural guideline. The creation of such a CoR Task Force should be initiated at the March, 2018 Council meeting.

• Immediately issue and prominently display a supplementary "black box" statement to accompany the PTSD guideline that details the potential harm to patients that may be caused by using the guidelines to limit treatment options, promote the recommended treatments for populations not included in the RCTs considered (e.g. comorbid conditions), or mis-represent the therapy process and its justifications.

• State explicitly that the PTSD guideline is not to be used by insurance companies and other providers for purposes of determining medical necessity, and is not to be taken as a standard of care.

• Review, revise, and reissue the guideline, after a full and considered process consistent with APA's ethical standards, in a way that clearly defines its role as a resource for clinicians, who retain the final judgment of appropriate treatment for any individual case, rather than as a treatment standard to be adopted and enforced by insurance companies

• Cease to market and promote the current guideline in ways that ignore the disclaimers, caveats, and limitations that are stated in the guideline itself. All future marketing material must include these limitations, or must cease altogether.

We hope that you will join us in petitioning the APA and its component organizations to re-evaluate this problematic and potentially harmful attempt to regulate the practice of psychology. Your voice counts!

Alliance for the Inclusive Integration of Science and Practice in Psychology