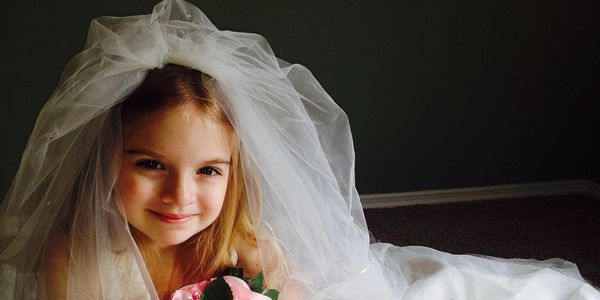 11 years old and forced to marry the rapist who impregnated her. Ban child marriage in the United States!

We like to believe that child marriage is something that only happens in other countries, but in fact, over 250,000 children were married between 2000 and 2010 in the United States. For example, Sherry Johnson in Florida was forced to marry her rapist, an elder in her chuch after he impregnated her at 11 years old. Women are disproportionately forced to marry as children with no other rights.

It's time we stand up for children in this country and ban child marriage completely. Sign the petition to demand that the U.S. Congress pass legislation banning child marriage in the United States.

Sherry didn't even know what marriage meant when she was forced to marry her rapist at 11 years old. But the police were investigating her case as the rape that it was and so the adults around her arranged this marriage to stop the investigation. Sherry's story is not unique. Many children are forced into marriage to cover up abuse and we have to stand up for them!

Many states the US don't even have an age resctriction on marriage, which is why elementary school children are sometimes forced into marriage. They cannot get driver's licenses, sign leases, get a credit card, or consent to sex with an adult, but we allow them to get married? It's an insane fact that we must change. Two thirds of these marriages don't work out, many of them contain abuse and tend to disadvantage women beause they may begin having children and drop out of school, etc.

Because it is often a child's parents who arrange these marriages, the child brides don't feel they have a choice. That's why we, as a society, must stand up for them.

Care2
11 years old and forced to marry the rapist who impregnated her. Ban child marriage in the United States!
PARTAGERTWEET