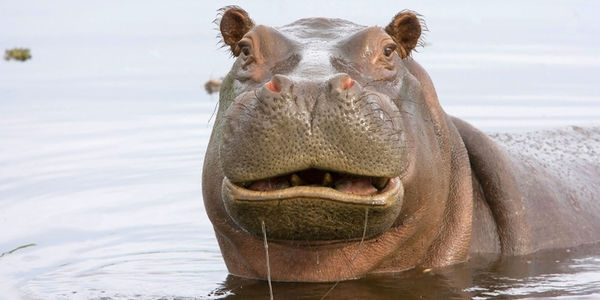 The Colombian government wants to kill off 100 innocent hippos, just for existing!

Once upon a time, infamous drug cartel leader Pablo Escobar decided to use a portion of his obscene wealth to establish his own private zoo at his home in Colombia. What began as four hippos -- dubbed "cocaine hippos" due to their association with Escobar -- over the past almost forty years has grown into a population of 100 hippos living in Colombia's Magdalena River.

They wound up there through no fault of their own and are just making a home for themselves. But now, the Colombian government wants to kill them all off. We can't let that happen!

Sign the petition to demand protections for these 100 innocent hippos!

Luckily, these hippos aren't without defenders. The Animal Legal Defense Fund (ALDF) is suing the government of Colombia to stop these killings, and the case is ongoing in court. But already, the case has yielded an amazing new result. The U.S. courts became involved in a small portion of the lawsuit -- and for the first time, have now legally declared animals as persons under U.S. law. In this particular instance, that includes the hippos!

Legal personhood for the hippos is a huge deal, because it means they (and maybe in the future, other animals) can have lawyers represent their interests, and to have matters concerning their health and wellbeing heard in court. Legal personhood is a hugely important tool for protecting animals' rights and preventing cruelty. Right now, it's being used to help these descendants of Escobar's cocaine hippos. In the future, it could potentially help neglected and abused animals at roadside zoos, or whales at SeaWorld.

In Colombia, animals -- including these hippos -- actually already have legal standing, meaning they can have lawyers and bring lawsuits to ensure their interests are protected. But having it in the U.S. now too gives them one more leg up in this battle for their lives.

Now that the U.S. and Colombia are both in agreement that hippos have legal personhood, it's time for the Colombian government to also abandon its horrible plan to kill off these hippos who did nothing wrong. If the hippos can't live where they've been existing in the Magdalena River, that's fine -- but there are other alternatives besides mass slaughter.