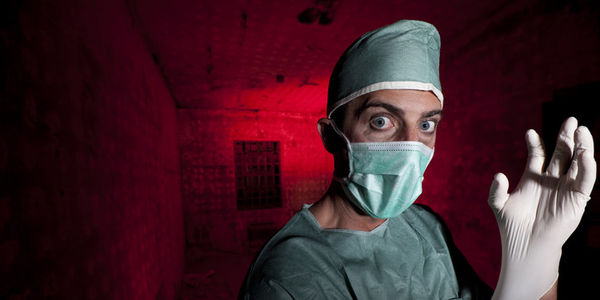 Ohio is Ready to Jail Doctors For Saving People’s Lives

An ectopic pregnancy - when an egg implants outside of the uterus - is a medical emergency. Left untreated, people can and do die from this occurrence. That's why it's so wild that Ohio is trying to pass a bill that would send doctors to jail for saving people's lives from an ectopic pregnancy.

Please sign the petition urging Ohio legislators not to pass this irresponsible and medically inaccurate law.

The bill in question is just the latest attack on our constitutional right to choose when, how, and if to become a parent. Rolled into an anti-abortion bill is a clause saying doctors must try to re-implant ectopic pregnancies into the uterus. The problem? That's not medically possible to do. Which means doctors will face an impossible choice: save their patient's life by removing the ectopic pregnancy and go to jail, or let their patient die.

This bill is just more proof that legislators have no interest in protecting the health of pregnant people like they sometimes claim. Instead, they are trying to pass as many bills as possible to make abortion all but impossible to procure. But the right to choose is still a constitutional right. And putting doctors and patients' well being in the crosshairs of a political battle is not only immoral, but it's also downright abusive.

If this bill passes, we will see doctors going to jail for saving lives and people with ectopic pregnancies DYING a totally preventable death. It doesn't make any sense, and we must stop it now. Sign the petition to tell Ohio legislators not to pass this horrible bill.