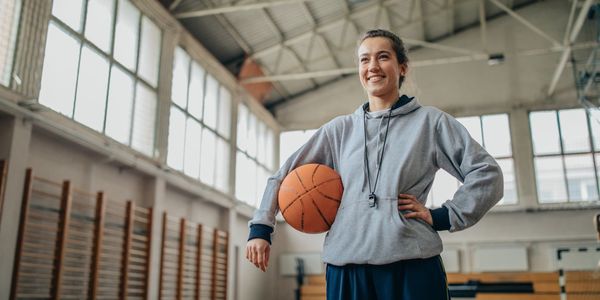 The NFL Is Pushing to Hire More Women as Coaches. The NBA Should Do the Same!

Professional sports leagues have a diversity problem. Multiple major sports organizations have come under fire recently for the racial disparities in their organizations, and the problematic ratio of black and brown athletes to white coaches. The gender diversity in professional sports is even worse, with women representing only tiny fractions of all coaching staff. The NFL finally acknowledged this with a long-overdue commitment to diverse hiring practices in the coming season! Now, it is time for the NBA to follow suit.

Sign now to demand the NBA hire more women as coaches next season!

The NBA has been at the forefront of conversations on social justice in professional sports. At the beginning of the COVID-19 pandemic, they demonstrated the most serious concern for players and staff through their use of the "bubble" – which protected employees from the deadly virus before they could get vaccinated. The league also approved jerseys that included racial justice slogans like Black Lives Matter at the height of the George Floyd protests in 2020. Given the NBA's alleged social justice slant, there is no reason the league can't step up their commitments to diversifying coaching staff in the coming seasons.

In recent years, the NBA has had a great track record of diversifying their coaching staff. In fact, in the last off-season alone, the number of coaches of color jumped from 23% to 43%, with 13 Black coaches total. This number is just one coach shy of the all-time high percentage of coaches of color in the 2012-2013 season. However, there are currently only seven women on coaching staff in the entire league. On top of that, front office and administrative staff are still overwhelmingly white.

The NBA has demonstrated that they care about social justice, and now is the opportunity for them to prove it. The league should commit to hiring more women on coaching staff and increasing the racial diversity of not just coaches, but front offices and administrative staff as well!

Sign the petition now if you agree: women and people of color belong in sports, not just as athletes.

Care2
The NFL Is Pushing to Hire More Women as Coaches. The NBA Should Do the Same!
PARTAGERTWEET