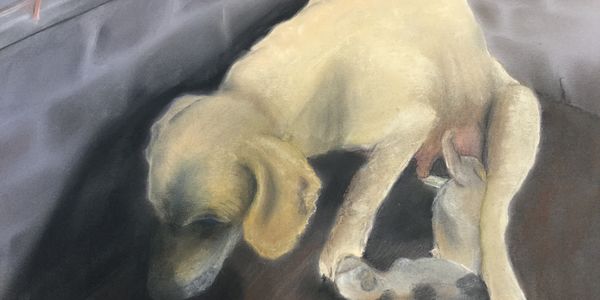 Dogs are our Companions, not money making machines.


We are concerned regarding the Welsh Governments' acknowledgment of the fact that dog breeding in their country is an industry compared with other animal production such as meat, dairy and egg industries, and the emphasis being put on 'satisfying the demand'. Extreme cruelty in licensed as well as unlicensed premises has gone on for decades and still does. The dog is a protected animal, even in commercial puppy farms and cannot be abused and exploited any longer.

Although we would rather see all puppies bred in home conditions by small knowledgeable breeders, we realize this is probably an impossible dream. But at the very least, we the undersigned need to see the following recommendations put in place subject to a Public Consultation, rather than those by the 'Task and Finish Group' in the 'Review of the Animal Welfare (Dog Breeding) (Wales) Regulations 2014' to bring some sort of civilization to the abhorrent, evil trade of puppy farming.

Where the Regulations 2014 are not adhered to in the current situation, and cruelty is continuing on a massive scale, the licences must be revoked now. If this cannot be achieved, what confidence is there in any future regulations. Local Authorities must have the power to enter the premises and dogs to be removed to a place of safety with accountability for each one.

1  Grassed dog proof paddock/s need to be available for exercise (not concrete runs) to enable natural behaviour patterns, and quality interaction with humans.  Free exercise facilities were not clarified and where it was not available it was recommended by the Group to have lead walking rotas in place.  Dogs cannot be incarcerated in concrete walls no matter what the size, for all of their breeding life.  Lead walks alone wouild not suffice.  Most dogs would suffer mentally and probably physically if this was their lot.

2  There must be a cap on number of dogs in a Breeding Establishment - e.g. maximum of 40 bearing in mind the amount of retired breeding bitches being passed to Rescues along with the puppies they had that are no longer wanted. Most are purchased on a whim similar to a toy.  We do not agree with the Task and Finish Group stating that more research was needed before putting a cap on.

3  Staff ratio of one adult to 10 dogs, not 20. There will be litters of puppies to consider so along with 10 dogs there might be 30 puppies. It will be difficult if not impossible for one staff member to give the puppies sufficient time for socialization if there are 20 adults and maybe 40 or more puppies. It was stated that this amendment could be adopted within scope of current regulations but it was also stated that there were no immediate plans to propose amendments to the Animal welfare (Breeding of Dogs) (Wales) Regs 2014.

4  The Group thought a bitch who was mated for the first time at 12 months and had 6 litters in her lifetime was an issue that should not be changed subject to further evidence coming to light on this matter.  We think the maximum number of litters should be 4.  The concerns of the Government to 'Meet the Demand' does not auger well for the dogs in an industry that uses them as as tool for producing 'products'.

5  Euthanasia must not be practised for convenience because a retired bitch will no longer be producing puppies.  She is not a machine.  She is a very emotional and sensitive animal.  If health issues dictate that euthanasia is the kindest option, it must take place by a vet with records available.

It goes without saying that the puppy farming trade, particularly in Wales, has been an absolute disgrace with no regard for the terrible suffering going on for years. No matter what improvements are being made now, people who have respect and a love of dogs will never forget the horrendous images and articles portrayed in the media over the last few decades.

Care2
Dogs are our Companions, not money making machines.
PARTAGERTWEET