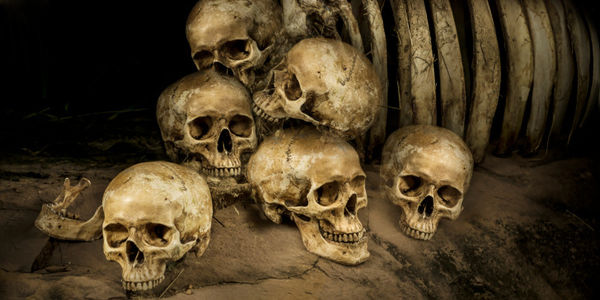 Have you heard of the reported genocide in West Papua, Indonesia? Many have neven heard of West Papua, and fewer still know what is going on there — and that is exactly how many in Indonesia's government would like to keep it.

Ever since the invasion of West Papua over fifty years ago, the Indonesian Government has enforced a media blackout. Access for foreign journalists seeking to report on Papua has been severely restricted. Those who have entered Papua on tourist visas have been deported, arrested and even imprisoned. Local journalists have it worse; they are threatened, intimidated, beaten and worse — disappeared or killed. It is clear the Indonesian government does not want anyone to know what they are doing in West Papua.

Over 500,000 civilians have been killed in genocide against the indigenous population. Thousands more have been raped, tortured, imprisoned or "disappeared" after being detained. Entire villages have been demolished, entire generations wiped out. Basic human rights such as freedom of speech are denied and Papuans live in a constant state of fear.

The ban on foreign journalists and humanitarian organizations keeps the world from knowing the atrocities that are being committed against the indigenous population. International humanitarian agencies and non-governmental organizations have been pressured to close their field offices and leave West Papua. Access for UN human rights observers has been closed for eight years. And access for journalists, humanitarian agencies and human rights observers is often denied.

During President Joko Widodo's presidential campaign in June last year, he stated that there was nothing to hide in West Papua and promised to open the region to international journalists, humanitarian agencies and human rights organizations — but he has yet to make good on that promise.

The reports that have made their way out of West Papua paint a grim picture. Please sign this urgent petition and demand that President Joko Widodo allow UN human rights inspector's access to investigate reported human rights abuses.