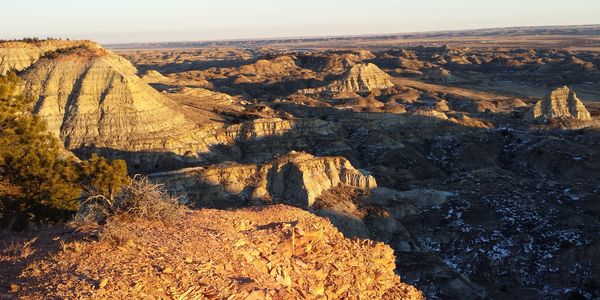 Imagine what would happen if the U.S. sold off all public lands and waters: Glacier and Yellowstone National Parks, the Bob Marshall Wilderness, the Beartooth Mountains, and countless other beloved places around Montana. It would wipe out the opportunities we now have to hike, to hunt, to fish, and everything else we love to do on public lands. It would send our economy off of a cliff. And it would ruin the livelihood of thousands of people whose jobs depend on outdoor recreation.

Who in their right mind would advocate for something so destructive as selling off public lands?

William Perry Pendley is who.

For the  past year, Pendley has been the acting director of the Bureau of Land  Management.

Earlier this year, President Trump nominated Pendley to  be the official director of the BLM, but then promptly withdrew the nomination when it became clear that Pendley was too toxic.  But Pendley remains in charge of the BLM as its acting director, a position he has no business being in. It's time for him to go.

Over the past year,  Pendley has significantly ramped up oil and gas leasing at the expense of conservation and recreation, including opening up 95% of public lands in central Montana to oil and gas leasing. He's also cut the public out of management decisions, and undermined or abandoned collaborative agreements forged under his predecessors. Moreover, he's overseen a disastrous move of BLM headquarters from Washington, D.C. to Colorado, which has prompted an exodus of career BLM staff.