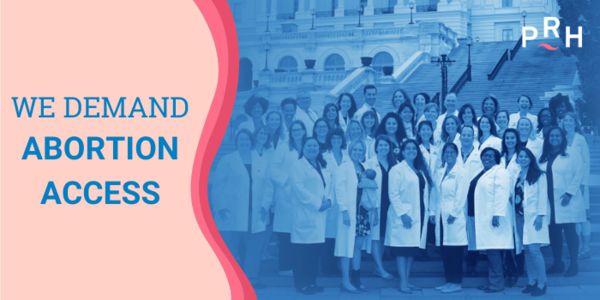 The recent Texas Senate Bill 8 (S.B. 8) imposes great danger on the reproductive rights and wellbeing of people across the country. The law restricts access to abortion care after six weeks of pregnancy – before many people know they are pregnant – and entices private citizens to sue abortion providers and any individual who supports those accessing abortion care by offering a bounty should they win their case in court.

The goal of this law is clear – to prevent people from accessing abortion care in the state of Texas. Despite this, the U.S. Supreme Court declined to intervene, effectively nullifying the protections of Roe v. Wade in Texas. The Supreme Court's inaction means that this law could become a playbook for other states that want to ban abortion. We have already heard that politicians in Florida, Ohio, South Dakota, and Indiana intend to follow in Texas' footsteps.

We must act now to prevent anti-abortion politicians from further restricting access to abortion.

Speaker Nancy Pelosi recently announced that the Women's Health Protection Act (WHPA) will be voted on in the House of Representatives the week of September 20, 2021. If signed into law, this bill would provide the tools to undo the abortion ban in Texas and prevent other states from enacting similar bans.

Sign the petition to show your support for WHPA and send a message to Texas politicians and other anti-abortion extremists around the country that we won't let them violate our health, dignity, and autonomy by eliminating access to abortion.