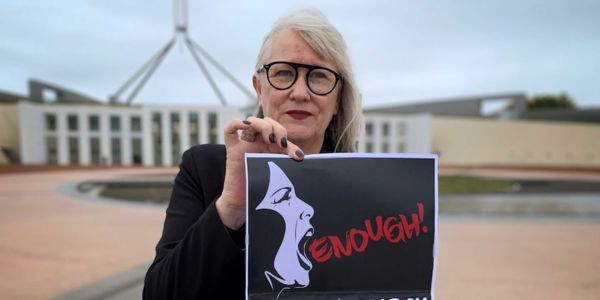 Women are being harassed and sexually assaulted within the Australian government and it's being covered up and ignored!

The Australian Government has been rocked by allegations of rape, sexual assault and sexual misconduct within the walls of parliament house and the men involved are not being held accountable while the women these crimes happen to are losing their jobs and sense of self.

Sign Now! Tell Scott Morrison to start reacting to these allegations and hold the cabinet ministers and staff members involved accountable for these unspeakable crimes!

Australia and the world have been rocked by allegations made by a former political advisor stating that she had been attacked by a male collegue and raped. Once the news of this came to light, other women who work or had worked in Australian politics started coming forward and sharing their unfortunately all too similar stories of sexual assault and deep rooted male misogyny within the Australian Government.

Some of the cases highlighted included Brittany Higgins, a former staff member for the Liberal party. She was 24 years-old when, after being intoxicated after a night out with staff members and falling asleep, woke to find a male co-worker sexually assaulting her. This type of behaviour can also be referenced in a case dating back to 1988, when another cabinet minister has been accused of raping a 16 year old girl, who just last year at the age of 49 took her own life. A recent video of a male staff member has surfaced showing vulgar sexual acts being performed on a female member of parliament's desk! The number of allegations like these are mounting and Brittany Higgins has shone the spotlight on sexual assault, sexism, bullying culture and harassment in Australian Politics.

The response from Scott Morrison to the allegations and the women's march protest on parliament house has been without empathy. His is a seemingly unnapologetic demeanor for the actions of his own cabinet ministers, and a "boys club" approach to holding them accountable for their horrifying acts towards female staff members. These men are being ushered away quietly or repositioned in other roles, so as to avoid a media frenzy and the victims are being given little to no choices in regards to speaking out about sexual assault and even being threatened with job loss.

Why is this type of behaviour still being condoned and the actions of these men being hidden in 2021? There is a deep and lasting impact on the victims and their families. A change needs to happen today so that this doesn't happen to any other women!

Act Now! Urge Scott Morrison to take accountability for the actions of his cabinet and establish independent investigations into these sexual assault crimes!

Care2
Women are being harassed and sexually assaulted within the Australian government and it's being covered up and ignored!
PARTAGERTWEET