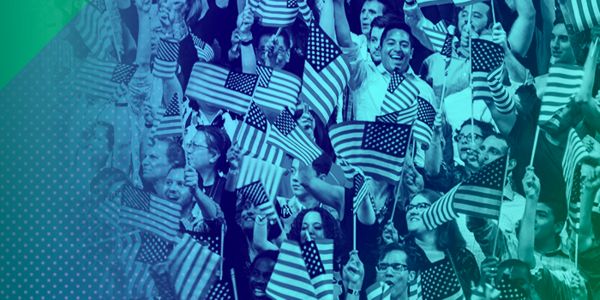 Nothing is more powerful than the voice of the American people, and together we spoke out loud and clear this year: Donald Trump does not stand for our values, the Republican Party has failed to hold him accountable, and it's time for bold leadership in Washington.

Democrats racked up historic victories in 2018 -- taking back the House, picking up governors' mansions, and flipping Senate seats and key state legislative chambers. For the first time ever, Congress will have Native American and Muslim women in its ranks. And in Colorado, voters broke down barriers by electing an openly gay man as their next governor. But our fight isn't over.

If Democrats are going to win more sweeping victories and take back the White House and the Senate in 2020, we have to start mobilizing and organizing grassroots supporters today -- that's where you come in.

We need your help to build a strong grassroots foundation for victory in in 2019, 2020, and beyond. Add your name today to join our team to take back the White House and keep fighting.

Now is the time to get involved. If you're ready to get to work restoring sanity to our government, holding Trump accountable, and working to build a brighter future for all Americans, join our team.