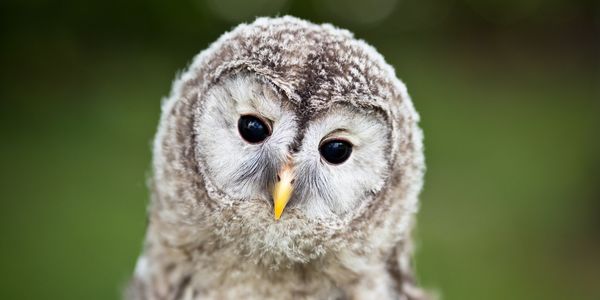 Owls, sparrows, and many more birds could go totally extinct thanks to Trump’s irresponsible policies!

It's the summer in the United States. The sun rises early, making the days some of the longest of the year, and with it come the quintessential songs of birds -- some of the earliest risers. But because of recent moves from Trump's EPA, those songs are becoming quieter and are at risk of disappearing completely. That's because this agency, determined to protect profits and industry over everything else, has rolled back restrictions on pesticides that are highly toxic -- so toxic that they are illegal in many parts of the world.

Sign the petition and demand that the EPA immediately ban the use of neonicotinoids in the U.S.!

Neonicotinoids are a category of pesticides that are applied onto a crop's seed instead of the plant -- this means that farmers only have to treat the crops once. It's a small amount of work eliminated, but the tradeoff in harm is huge.

Birds eating these seeds are immediately exposed to the toxins. And even when the seeds have disappeared, having grown into full plants, the noxious chemicals remain in every part of the crop -- namely the pollen and nectar, which pollinators like bees and butterflies then consume or carry. Neonicotinoids have been linked to massive bee population loss. Pollinators and insects spread the pesticides to birds that prey on them. Birds that are just trying to find a meal are plagued with developmental issues, and eventual infertility. These toxins therefore have long, lasting effects on bird populations like owls, sparrows, and meadowlarks. We likely won't know the true magnitude of the devastation for years.

But for now, it is clear that neonicotinoids are taking a toll on our avian friends. In just one U.S. county where neonicotinoids were used, bird populations dropped by over 2% compared to areas where other, safer pesticides were used and the population decrease was less than 0.1%. The U.S. and Canadian bird populations combined have plummeted by almost 30% in the past 50 years. Under this administration's lax attitude towards neonicotinoids, that rate will undoubtedly increase.

Can you imagine the U.S. without the iconic owl, or the sweet sparrow? If you don't want to see that become a reality, then sign the petition and urge the EPA to take a firm stance against these pollinator- and bird-killing neonicotinoids and pass a sweeping ban against this type of pesticide!