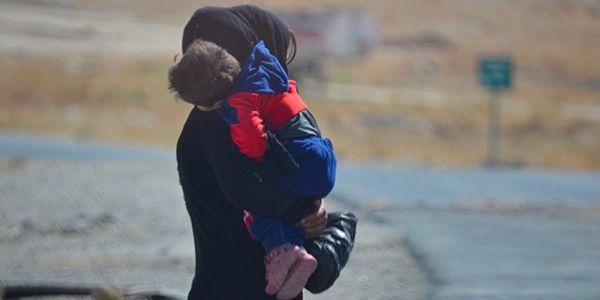 Used on a massive scale in urban areas during recent armed conflicts, explosive weapons have killed and maimed thousands of civilians in countries including Syria, Iraq, Yemen, and Afghanistan.

The use of explosive kills and injures large numbers of civilians and causes psychological harm. Hundreds of thousands of civilians across almost 120 countries have been killed or injured by explosive weapons in the past decade alone, and 90 percent of those civilian casualties occurred in populated areas. Bomb attacks also destroy vital infrastructure and force civilians to flee their homes—even their countries—to seek safety.

In early October, hundreds of States and international organizations gathered for the Vienna Conference on Protecting Civilians in Urban Warfare. They decided to begin drafting an international political declaration to end human suffering caused by the use of explosive weapons in populated areas.

The good news: dozens of countries say they're ready to change this deadly practice.

The bad news: the United States is not one of them.

The U.S. has yet to endorse the process and won't commit to end human suffering caused by the use of explosive weapons in populated areas—an act that would save the lives of civilians.

Help ensure Congress recognizes the harm explosive weapons cause and ask your representative to encourage the Trump Administration to support this political declaration.