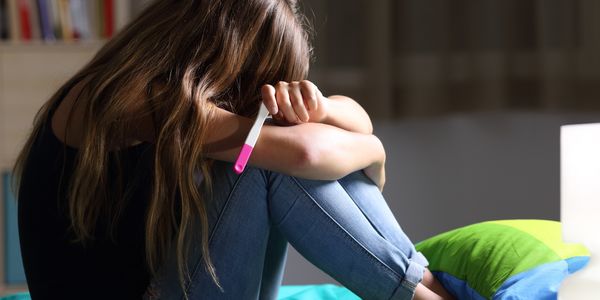 Rape and incest are some of the worst, most violent crimes that can be commited against a person. But legally and culturally, there are very few actual consequences for the perpetrators -- and it has nothing to do with a lack of reporting. Less than 1% of instances of rape result in a felony conviction. It's no wonder that victims do not want to be retraumatized by police and medical examinations to still most likely have their attacker walk free -- only about 31% of rapes are ever even reported to police. Incest is also extremely underreported, even though some studies estimate that "1 in 5 girls and 1 in 20 boys is a victim of child sexual abuse," often from within their family.

That's why it's so mind boggling that Arkansas just passed a bill that will require victims of rape and incest to report to the police before they are allowed to get an abortion past the 20 week marker, when time is already running out on being able to receive this vital procedure.

Sign the petition and demand that Arkansas' legislators immediately repeal this horrific law!

There are many reasons it may not be safe for a victim of incest or rape to report, especially if they are far along in their pregnancy. Particularly in the case of incest, many victims are still reliant on their perpetrator and therefore cannot go to authorities without repurcussions and losing material resources. Requiring reports to the police will ultimately force them to give birth and only further tethers them to their abusers.

Of course, Arkansas lawmakers knew this restrictive, unconstitutional law would be contested, along with the "near-total" abortion ban they passed in March, 2021 that outlaws all abortions except medical emergencies. Their plan isn't just to strip people in Arkansas of their bodily autonomy. They want this to be a legal battle so they can take it all the way to the Supreme Court in an attempt to strip Roe v. Wade away completely, made possible by a Trump-packed court.

These lawmakers are not pro-life like they want you to believe. They are anti-choice, willing to retraumatize and exploit some of the most vulnerable victims of violent crime in order to push their own power-grabbing political agendas.

We can't let them get away with this. Sign the petition and demand that Arkansas legislators repeal this reporting requirement for victims of rape and incest that want an abortion, along with their totally unconstitutional abortion ban!